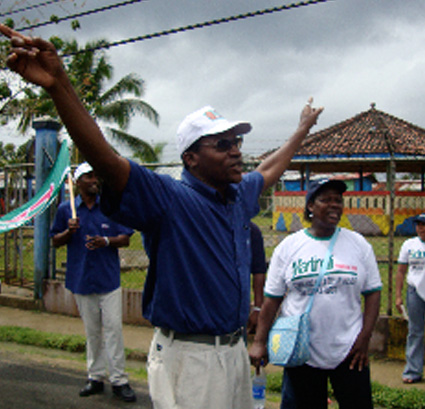 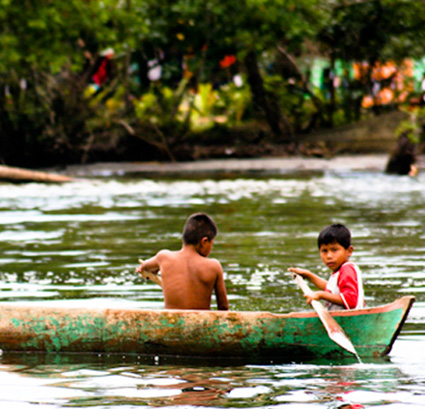 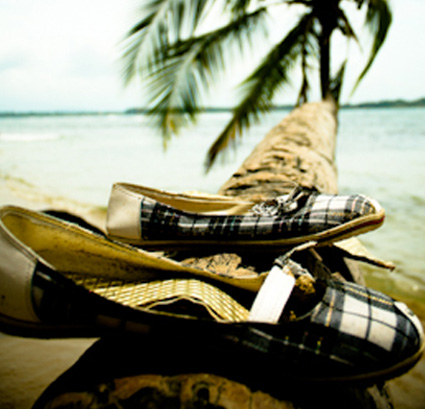 What price would you pay for paradise? And who would you be willing to take it from? Panama is one of the most sought after real estate destinations in the world. The archipelago of Bocas del Toro, a gem hidden away in the Caribbean side of Panama, attracts retirees and developers from the US with its crystal clear waters and luscious trees.

Filmmaker, Anayansi Prado, returns to her homeland to document the effects the fast-growing migration of American retirees and developers to Bocas del Toro is having on the local community.

Feliciano, a Ngobe Bugle indigenous leader, organizes his people in an effort to protect their land from the government and foreign developers. Local boatsman Dario runs for Mayor with the hopes of bringing change to development in Bocas del Toro. American retiree couple Karan and Willy spent their life savings on their dream home in paradise, only to pay the real price for it later.

PARAISO FOR SALE explores issues of modern day colonialism, residential tourism and global gentrification and reveals that migration between Latin America and the US is not just a one-way street.

Anayansi Prado was born in Panama and moved to the United States as a teenager. Her debut documentary Made in America about Latina domestic workers in Los Angeles, CA screened nationally on PBS series Independent Lens. Her second production, Children in No Man’s Land about unaccompanied minors crossing the US/Mexico border is part of the State Department’s American Documentary Showcase and it’s been screened in more than 30 countries around the world. PARAISO FOR SALE, her third independent production, takes Prado back to her homeland, Panama to explore the impact American retirees and developers are having on the local community of Bocas del Toro Panama. Anayansi is a recipient of a Rockefeller Media Fellowship and has received funding from the John D. and Catherine T. MacArthur Foundation, Creative Capital, ITVS, Latino Public Broadcasting, The Pacific Pioneer Fund, The Paul Robeson Media Fund, The Fledgling Foundation and Chicken and Egg Pictures. As of recently, she received grants from the Cultural Program division of the State Department to teach documentary filmmaking in Burma and Paraguay. Ms. Prado is the founder of Impacto Films and the non-profit Impacto Project. She holds a BA in Film from Boston University. Anayansi resides in Los Angeles, California.

DVD copies for this program are currently not available.