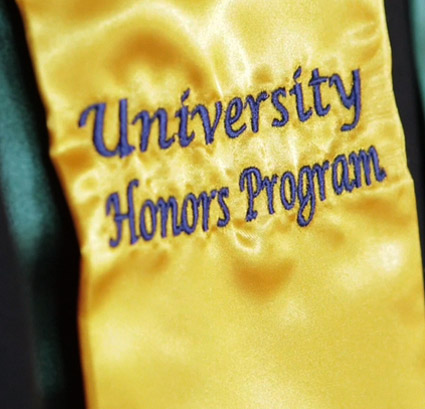 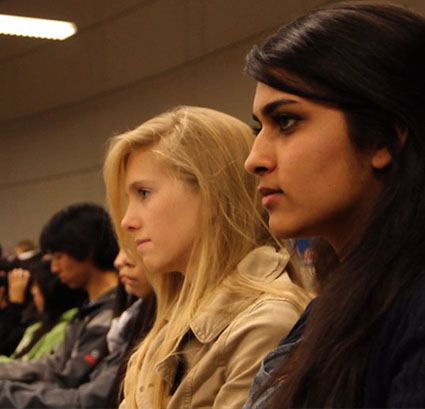 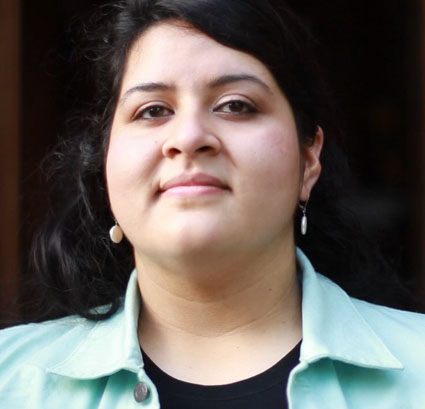 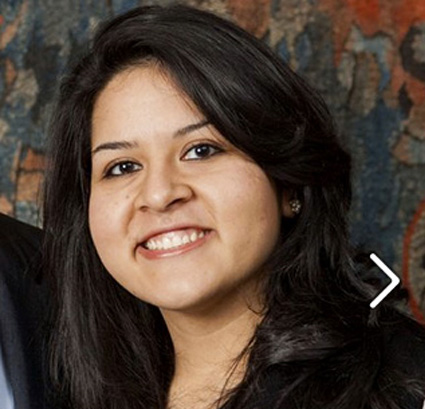 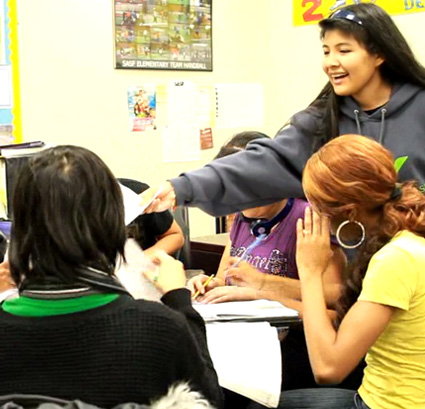 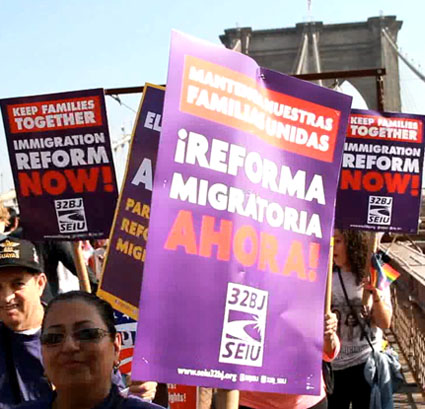 ‘New American Girls’ is a web series produced by Mitchell Teplitsky and Betty Bastidas for Latino Public Broadcasting profiling three “DREAMers” — three of the estimated 1.8 million young adults brought to the USA as children by undocumented parents who remain stuck in limbo, without a pathway to citizenship. Many grew up living “in the shadows,” unable to get college aid, drive or work legally, and afraid of deportation. The subjects of this series — Lorella, Mandeep, and Kassandra — are three of the thousands of DREAMers who decided to come forward with their stories. Thanks in large part to DREAMers speaking out, the Obama administration in 2012 passed DACA, a program enabling thousands to receive temporary two-year work permits and deferrals from deportation. Without comprehensive immigration reform, however, their futures remain uncertain.

Mandeep was brought to the Bay Area as a child by her Indian parents, voted “mostly likely to save the world” in high school. In her second year in the pre-med program at UC Davis, she was suddenly informed she was being deported in two weeks. Thanks to a viral social media campaign led by her best friend, Mandeep’s deportation was put on hold, and she became an eloquent spokesperson for the burgeoning DREAM movement. Watch this video, here: http://video.pbs.org/video/2365325020/.

Born in Peru, Lorella lost her leg at age 2 in a car accident. Her parents brought her to the US for ongoing medical treatment. At age 10, Lorella and her mother relocated to Connecticut. She excelled in school, but couldn’t qualify for in-state tuition, and lived in fear of deportation. Inspired by other DREAMers, Lorella “comes out,” and her life takes a dramatic turn. She formed a student group instrumental in changing Connecticut’s in-state tuition law, and became a leader in the fight for national immigrant reform as director of advocacy and policy for United We Dream. Watch this video, here: http://video.pbs.org/video/2365325022/.

Ever since she was in fourth grade, Kassandra knew that she “wasn’t like the other kids.” Brought to New York City by undocumented parents at age six, Kassandra kept her status a secret until high school, when she started attending the after-school program Sports & Arts in Schools, and joined Make the Road New York, an organization promoting immigrant rights. With the support of these “allies,” Kassandra became the first in her family to graduate high school. Today she studies criminal justice at Manhattan Community College, and is a proud DREAMer. Watch this video, here: http://video.pbs.org/video/2365325029/.

Mitchell Teplitsky (producer/director) is a documentary producer specializing in cross-cultural stories, based in New York City. His latest project is “New American Girls,” a web series profiling three women “DREAMers” for Latino Public Broadcasting (LPB). This was Mitch’s second partnership with LPB. The first — “Soy Andina,” a feature documentary about two dancers in New York who journey to Peru to reconnect with roots — aired on LPB’s “Voces” series on PBS stations in 2008. Mitch keeps returning to Peru. In 2012 he was awarded a Fulbright grant to co-produce “Perephia,” a multimedia magazine about Andean culture. And he is currently developing a sequel to “Soy Andina,” following the story of Nelida who decides to remain in Peru and run to become the first woman elected mayor of her birthplace. Back in New York, Mitch keeps his Spanish alive by playing Andean guitar with a Peruvian music group (“Hijos de la gran puna”). Mitch is a graduate of the University of Pennsylvania’s Wharton School, and was the long-time marketing director at the Film Society of Lincoln Center before turning to producing.

Betty Bastidas (co-producer/director, camera) is an award-winning filmmaker, photographer and educator based in Ft. Greene, Brooklyn, and co-founder of Maracuya Productions. She was born in Ecuador and came to the U.S. at the age of nine. As an immigrant child, Betty found in the camera a tool to explore and understand her new surroundings and navigate the two cultures in which she found herself sandwiched—American and Latino. Concurrent with co-producing/directing the web series New American Girls, about three DREAMers for Latino Public Broadcasting, Betty is nearing completion on her feature documentary DreamTown, about Afro-Ecuadorian soccer players (a short version was shown on PBS’s Frontline/World). Before that, Betty directed/produced “Can’t Hold Me Back,” about a Detroit teen who becomes the first in his family to graduate high school, featured on the PBS online film festival 2013. As a photographer, Betty’s work has appeared in the New York Times, Vibe, Esquire. Betty also teaches documentary filmmaking to youth as a Teaching Artist for the Tribeca Film Institute