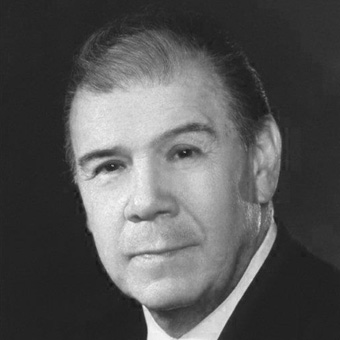 A business leader and veteran broadcaster, Frank H. Cruz is President of Cruz and Associates, a financial consulting firm he founded in 1995. Mr. Cruz is the former Chairman of the Corporation for Public Broadcasting (CPB) and served as CPB director for 12 and a half years. He is also the former chairman and founder of Gulf Atlantic Life Insurance, the first Hispanic-owned life insurance company in the United States.

A veteran broadcaster, Mr. Cruz is a founder of Telemundo, the nation’s second Spanish language network, and of KVEA-TV in Los Angeles, where he served as vice president and later as general manager. As general manager, he increased revenues by 40 percent and was also responsible for programming Telemundo’s Western region.

Mr. Cruz is also a former news reporter for KABC-TV and KNBC-TV in Los Angeles. His awards include the Emmy and the Golden Mike for coverage of Latin American issues and U.S.-Hispanic community events. He was previously an associate professor of history at California State University-Long Beach and Sonoma State University.

Mr. Cruz serves on the board of trustees of the University of Southern California. He is also a member of the board of directors of Health Net and The Irvine Foundation. He has held leadership positions on the Los Angeles Area Chamber of Commerce, Rebuild Los Angeles, and the University of Southern California School of Public Administration and Partnership 2000. In addition, he is Chairman Emeritus of the California Institute for Federal Policy Research. A frequent lecturer and public speaker, he has written several books on U.S. and Latin American history.

Mr. Cruz was born October 4, 1939 in Tucson, Arizona. He holds a B.A. and an M.A. from the University of Southern California. He is married, has three children and lives in Laguna Niguel, California.