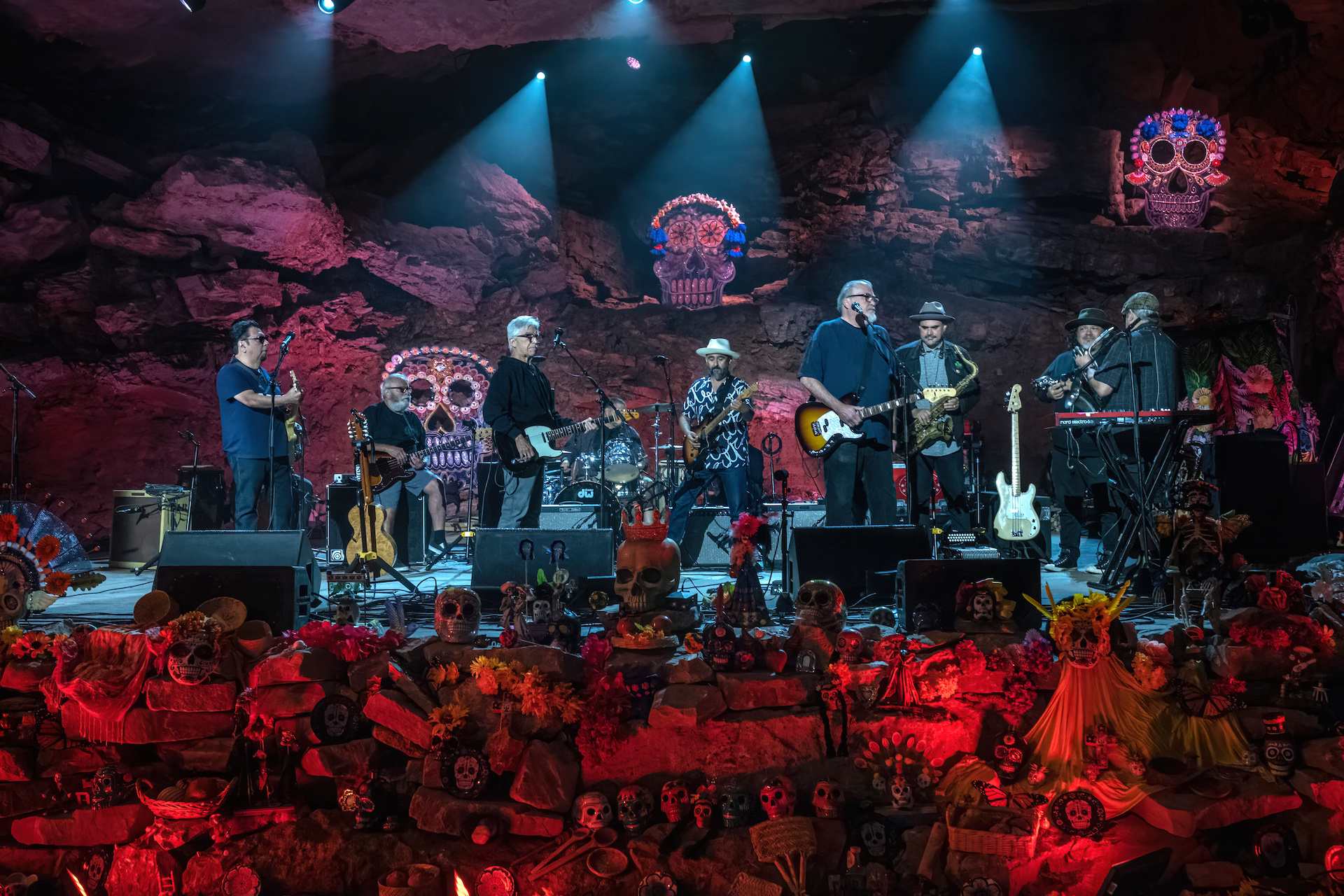 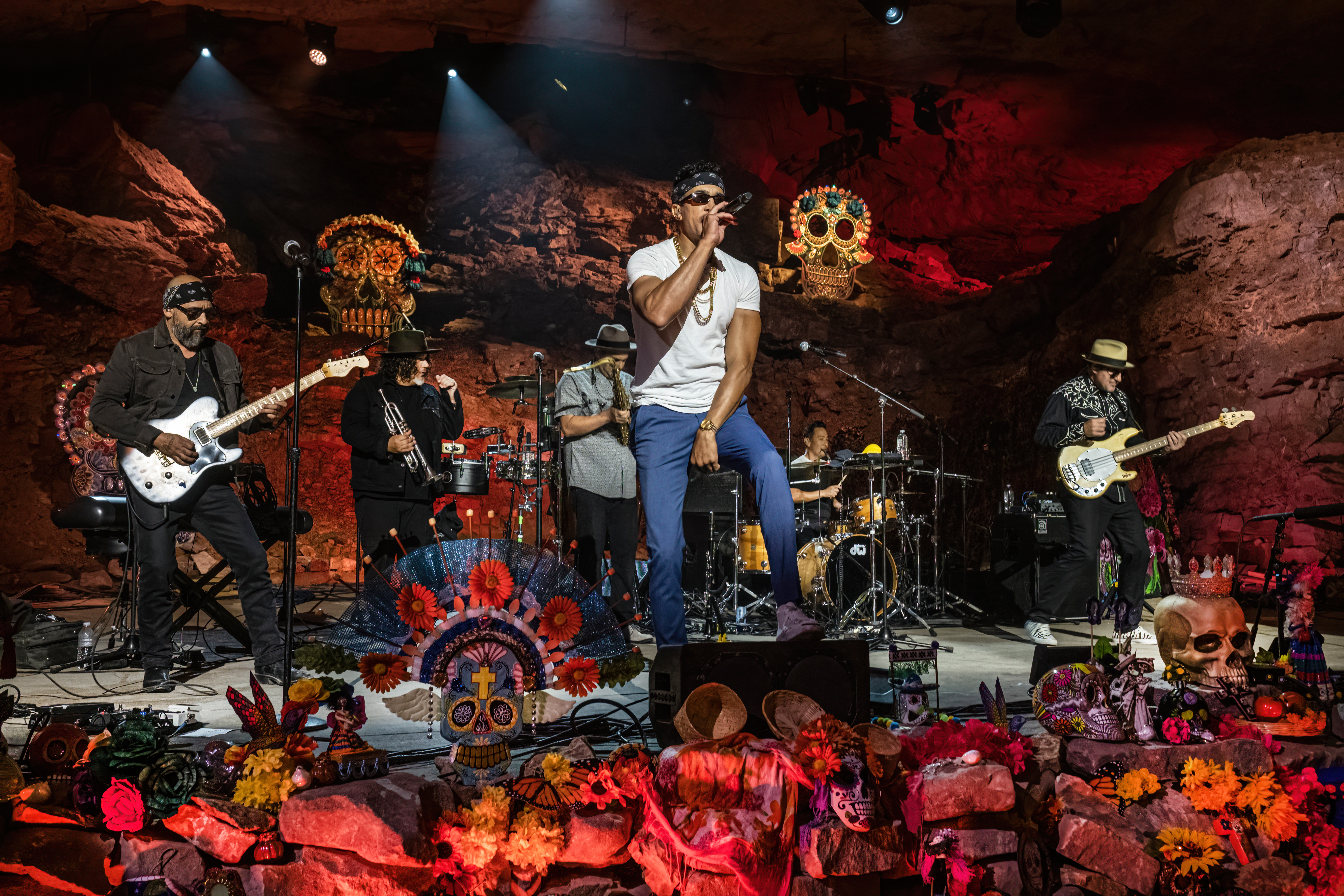 The celebration of Dia de los Muertos has become a globally recognized Mexican cultural symbol, a much-anticipated and grandly celebrated holiday in Latino neighborhoods across the United States and by people of Mexican heritage nearly everywhere.

Traditionally observed on the first two days of November, Dia de los Muertos sees families and friends of loved ones who have died pay respect with colorful, memorial  gatherings often taking the air of a joyful celebration rather than of mourning for the departed.

On October 28th, PBS will present a musical celebration in honor of these two important days on the Latino calendar. This dedicated Day of the Dead event was taped before a live audience deep within the unique and beautiful “underworld” of The  Caverns, a subterranean amphitheater in Middle Tennessee.

LOS LOBOS with their driving GRAMMY-winning amalgamation of rock and  roll, Tex-Mex, country, zydeco, folk, R&B, blues, and traditional music such as cumbia, boleros and norteños

OZOMATLI also from Los Angeles bringing the evening’s energy up with their spectrum mash-up of salsa, jazz, funk, reggae and rap

Scores of neighbors representing Tennessee’s Latino communities flooded the concert in the cave dressed in skeleton make-up with costumes designed to reflect the day’s celebration, all organized by the Tennessee Immigrant and Refugee Rights  Coalition. “As a multi-generational, multi-cultural immigrant and refugee rights organization in  the south, we are overjoyed and honored to be bringing our Mexican and  Guatemalan communities together to celebrate the traditions that originated in our  indigenous Aztec lands,” says Lisa Sherman Luna, TIRRC’s Executive Director.

Intermixed in this PBS special program will be short video vignettes produced by San  Francisco filmmaker Jennifer Maytorena Taylor on the meaning and the iconic  images of Dia de los Muertos.

ABOUT THE FILMMAKERS+
Todd Jarell
Producer
Jennifer Maytorena Taylor
Producer
About Us
Latino Public Broadcasting is the leader of the development, production, acquisition and distribution of non-commercial educational and cultural media that is representative of Latino people, or addresses issues of particular interest to Latino Americans. These programs are produced for dissemination to the public broadcasting stations and other public telecommunication entities. LPB provides a voice to the diverse Latino community on public media throughout the United States.
Subscribe to e-Voz Newsletter
Contact Us
3575 Cahuenga Blvd. Suite # 630 Los Angeles, CA 90068 Phone: (323) 969-8000 E-Mail: info@lpbp.org
CLOSE
VIDEO NOT CURRENTLY AVAILABLE
CLOSE