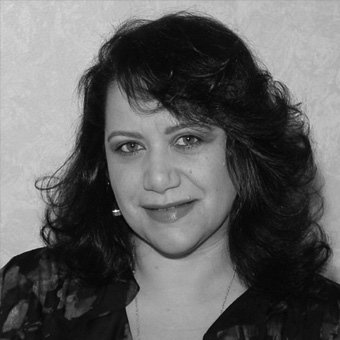 Cynthia Lopez is the Executive Director of New York Women in Film & Television (NYWIFT), the largest member chapter within its worldwide network. Cynthia is an Emmy, Peabody and duPont-Columbia Award-winning media strategist. She served as the Commissioner of the New York City Mayor’s Office of Media and Entertainment, where she was the steward of the Office of Film, Theatre and Broadcasting. López implemented strategies to support film and TV production throughout the five boroughs. The media industry increased its direct annual spend to the local economy by 21 percent during her tenure. Prior to working as Commissioner, López was Executive Vice President and co-Executive Producer of the award-winning PBS documentary series, American Documentary | POV and was involved in the organization’s strategic growth and creative development for 14 years. López is a founding member of the Board of Directors of the National Association of Latino Independent Producers (NALIP). She served on the Board of Trustees for the Paley Center, NYC & Company, Museum of the Moving Image and the Tribeca Film Institute Latin America Fund Advisory Board. She currently serves on the Board of Directors for Latino Public Broadcasting, Manhattan Neighborhood Network and Hunter College IMA Program. López was named by People en Español’s 25 Most Powerful Women, The Imagen Foundation’s Top 20 Most Influential Latinos in Entertainment in 2013 and 2014, and Variety’s Top 50 New York Entertainment Elite.