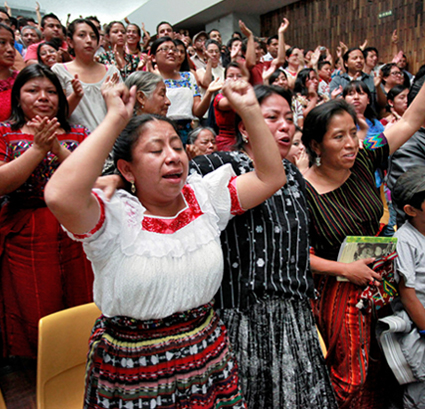 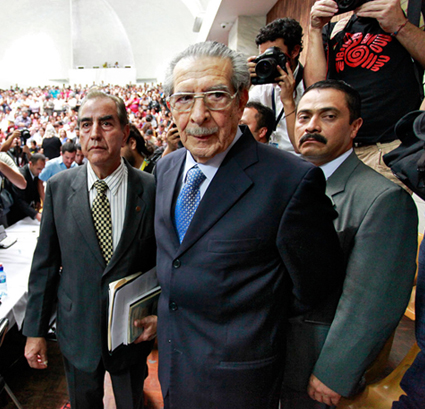 500 YEARS tells the epic story that led Guatemala to a tipping point in their history from the genocide trial of former dictator General Rios Montt to the popular movement that toppled sitting President Otto Perez Molina. Focusing on universal themes of justice, racism, power and corruption, 500 YEARS tells the story from the perspective of the majority indigenous Mayan population, and their struggles in their country’s growing fight against impunity .
This is the third chapter of the trilogy of documentaries on Guatemala, led by Pamela Yates, and follows the films When the Mountains Tremble (1983) and Granito: How to Nail a Dictator (2011). The documentary film had its world premiere at the 2017 Sundance Film Festival.

Pamela Yates is the Co-founder and Creative Director of Skylight , a non-profit company dedicated to creating feature length documentary films and digital media tools that advance awareness of human rights and the quest for justice by implementing multi-year outreach campaigns designed to engage, educate and activate social change.

She is the Director of the Sundance Special Jury award winning When the Mountains Tremble; the Executive Producer of the Academy Award winning Witness to War ; and the Director of State of Fear: The Truth About Terrorism , which has been translated into 47 languages and broadcast in 154 countries. Her film Granito: How to Nail a Dictator, for which she was awarded a Guggenheim fellowship, was used as key forensic evidence in the genocide trial against Efraín Ríos Montt in Guatemala. Her third film in the Guatemalan trilogy, 500 YEARS had its world premiere at the Sundance Film Festival and is currently in wide Release.

Yates is a member of the Academy of Motion Pictures Arts and Sciences, Writers Guild of America, and the International Documentary Association.

Paco de Onís grew up in several Latin American countries during a time of dictatorships. He is the Executive Director of Skylight, a human rights media organization dedicated to advancing social justice through storytelling, by creating documentary films and innovative media tools applied in long-term strategies for positive social change. One of these long-term strategies is Skylight SolidariLabs, a program designed to disseminate Skylight’s innovative model for creating human rights media ecosystems in conjunction with committed media makers, artists, technologists and movement organizations, with the aim of building enduring networks of 21st century human rights practitioners.

Paco’s film producing credits include Granito: How to Nail a Dictator, Rebel Citizen, Disruption, State of Fear, and The Reckoning.