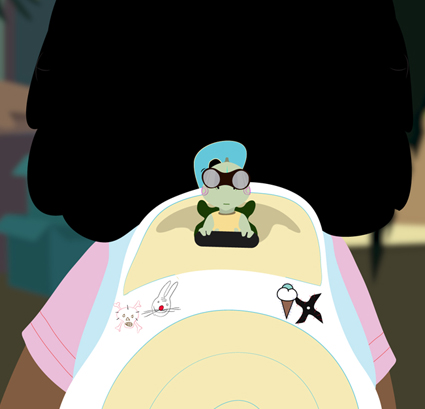 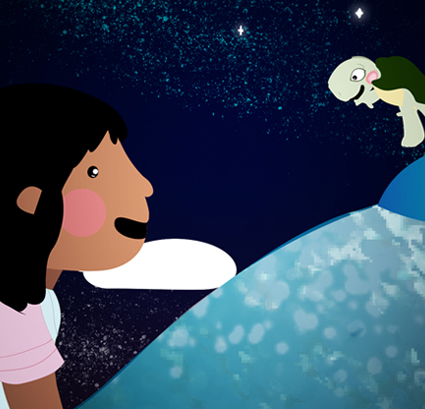 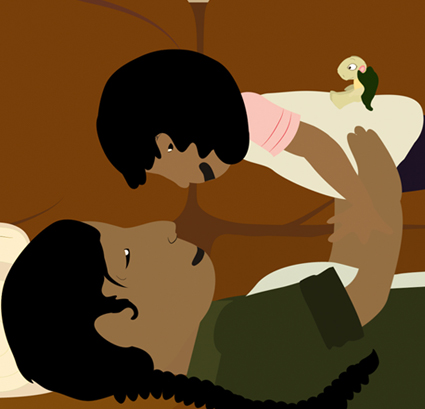 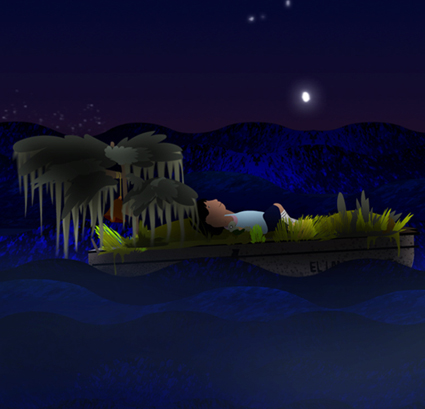 CARACOL CRUZANDO is a story about Anais, an eight year old Costa Rican girl who faces the hardest decision she’s ever had to make: should she go against her parent’s wishes and sneak her best friend and pet turtle, Tiku, with her across the United States/Miami border, or should she leave him behind? As Anais grapples with this decision, she’s also confronted with the possible loss of her family. In order to elude suspicion, Anais’ parents have decided to cross the border separately: Anais and her father, Hector, will cross as one, her mother Yelida and brother Carlos will cross separately, placing Anais’ decision regarding Tiku in a difficult light.

ABOUT THE FILMMAKERS+
Pamela Chavez
Producer/Director/Writer

Pamela M. Chavez is a Costa Rican animator and illustrator working primarily out of the Bay Area, California.  She is heavily influenced by magical realism and contemporary issues directly impacting Latina/o communities. She is inspired by the works of QWOC theory and writings.  Pamela is specifically focused on stories that shed light on elements of hope, love and beauty that rise from the dark and mundane. Her skill-set ranges from stop motion and hand drawn animation to character concept design and illustrative storytelling in both traditional and digital platforms.

Pamela is a recent graduate of the Rhode Island School of Design and also holds a BA in American Studies from the University of California, Santa Cruz. She combines her experience as an activist and organizer with the redefining media platforms of animation and illustration.