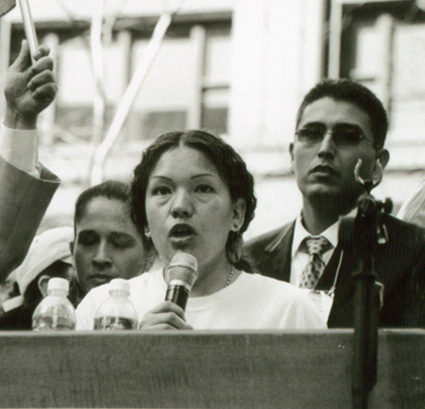 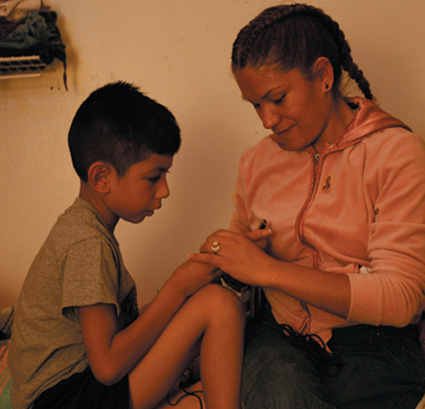 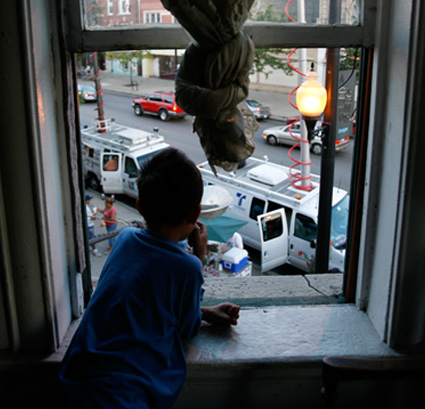 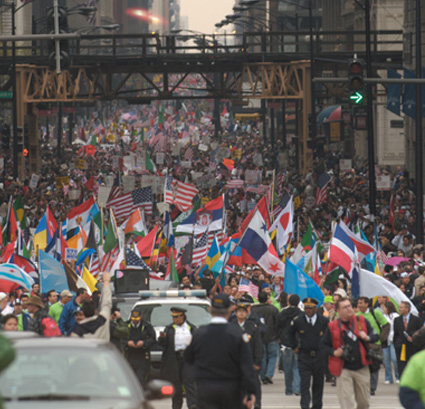 A feature documentary film about the modern immigrant rights movement. In particular, it is the story of the struggle of Elvira Arellano, a single mother from Chicago, who fought her deportation. The film also interweaves the stories of individuals, organizations, activists and community leaders united by passion and a concern for justice. This film illustrates the opposition to the controversial HR4437 immigration bill as well as the ongoing struggle and demand for comprehensive immigration reform.

Esaú Meléndez emigrated from Mexico City where he spent most of his childhood and presently lives in Chicago with his family. He has been involved in film and TV production for the past 10 years, working as a director, producer, cameraman and editor. He studied film & video at Columbia College in Chicago and soon after began working with the Spanish Broadcast Network, Telemundo and WYCC, a Chicago PBS affiliate. He has also directed award winning short films El Solo in a New City and Escucha! Esaú has directed and produced various commercials and music videos with his production company, Clandestino Films. His passion has always been to tell stories regarding social issues that affect the community. IMMIGRANT NATION!: THE BATTLE FOR THE DREAM, is Esaú’s first feature film.