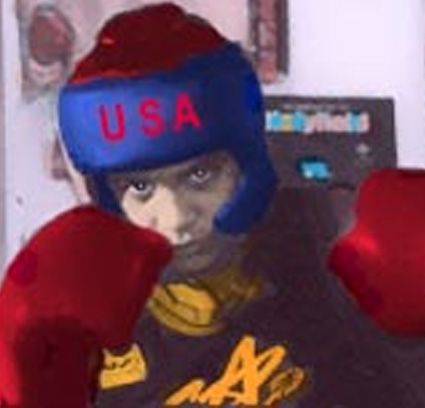 For 30 years, Luis Camacho has run a community boxing gym behind a deserted grocery store in New York City’s South Bronx, where young men learn the skills they need to win in the ring and in life. In a neighborhood better known for quick deals and short lives, the Bronxchester Boxing Club is a proving ground and a sanctuary, a home away from home where trainers become surrogate fathers who teach not just jabs and right crosses but discipline, self-esteem and respect.

IN MY CORNER centers on 15-year-old Joey Rios (who won the Golden Gloves in April, 1999), an amateur boxing phenomenon battling family problems as he trains for the Junior Olympics, and 13-year-old José Suarez, a newcomer to the gym who shows drive and promise, but whose ties to the mean streets threaten his chances to succeed in the ring. Faced with the same adolescent temptations that can plague teenagers everywhere, the two young boxers struggle to stay focused, spurred on by the tough love of their mentors, Camacho and his former trainee, Angel Alejandro.

Stern produced and directed the Emmy-nominated NEGLECT NOT THE CHILDREN, a 1992 documentary about a Harlem-based youth program. NEGLECT NOT THE CHILDREN was hosted by Morgan Freeman and originally aired on PBS. Stern’s producing credits include several films for HBO, including the forensic science series AUTOPSY I, II, III and MURDER 9 TO 5, a documentary on workplace violence. She has directed and produced two short dance films featuring principals from the Paul Taylor Company (NY) and a special for the Alvin Ailey Dance Theatre Workshop.