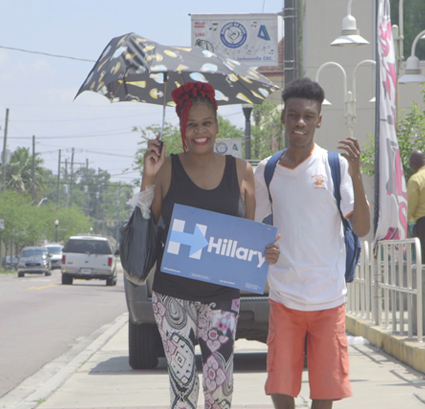 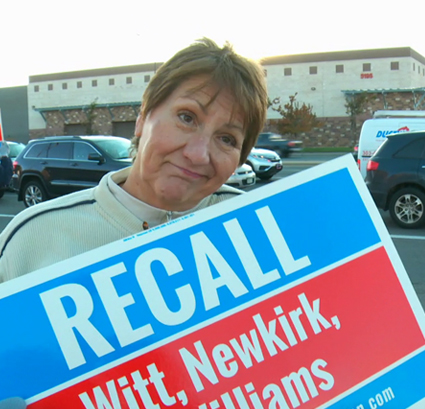 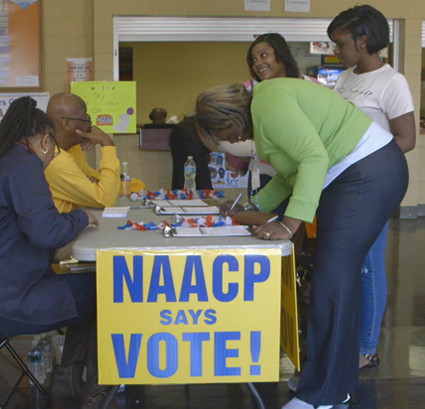 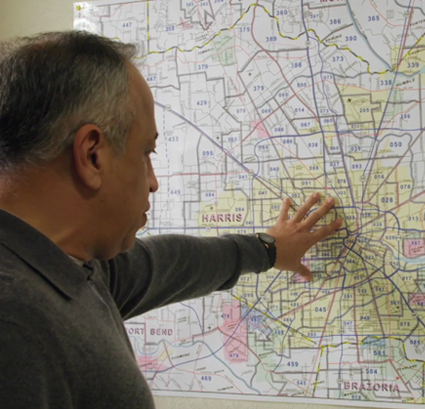 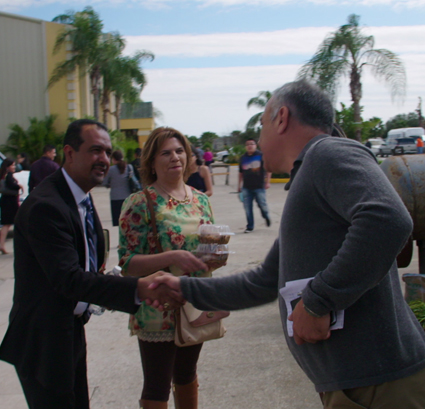 Postcards from the Great Divide is a series of short documentaries about politics in nine states, produced by leading American independent filmmakers, that will be released in a digital partnership between PBS’ Election 2016 initiative and The Washington Post, funded by the Corporation for Public Broadcasting and Latino Public Broadcasting, with a subsequent PBS broadcast on the World Channel.

Examining the deeply partisan split among the American electorate, the series travels to key locations across the US to help provide a greater understanding of how changing demographics and political self-sorting will continue to have a profound effect on American politics for years to come.

Telling memorable stories with compelling on-camera characters, each Postcard being released in July brings a specific political issue to life, and provides an in-depth look at a specific demographic or partisan environment.  Black voters in Florida hesitating to vote; urban and rural Minnesota residents distancing themselves based on political views; Wisconsin ex-legislators ruing the intense ideological splits that have turned the once congenial state into a partisan battleground; the challenges of getting Latinos out to vote in Texas; what happens when a million dollars of outside money gets dropped into a local school board race in Colorado.  Stories like these come alive in the hands of a roster of talented documentary filmmakers. Each Postcard challenges conventional wisdom and guides the average viewer towards clearer understanding of the sometimes-mysterious ways political demography has become destiny.

Postcards from the Great Divide is brought to you by the award-winning team of Louis Alvarez, Andrew Kolker, and Paul Stekler, who have been responsible for some of the most respected political documentaries of the past twenty years. They are two-time Peabody Award and three-time DuPont-Columbia Award winning creators of such films as Vote for Me: Politics in America, Getting Back to Abnormal, George Wallace: Settin’ the Woods on Fire, and People Like Us.

The series is produced by the Center for New American Media and Midnight Films.

MINNESOTA: The Big Sort. There’s a political self-sorting process that is happening across America. Blue voters are choosing to live in urban neighborhoods as red voters remain in rural areas. Minnesota native Aaron Spading, fundamentalist church-goer turned far-left Powderhorn Park resident, guides us as we explore one of those blue-dots-in-a-sea-of-red. Meetings with family and old neighbors illustrates just how deep the political gulf between communities is. A film by Heather Courtney, director of the Emmy Award winning Where Soldiers Come From.

TEXAS: The Giant Still Sleeps. Pundits seem convinced that a purple Texas is just around the corner due to its burgeoning Latino population, yet the state gets redder and redder.  One factor is that Latino turnout remains low.  Our study case is Pasadena, a city just outside the limits of Houston, where Oscar Del Toro is registering and motivating potential voters as he plans his own city council race. A film by Miguel Alvarez, executive producer of PBS’s On Story series.

COLORADO: Million Dollar School Board. A humble school board race in suburban Denver becomes a proxy battle between national political groups like the Koch Brothers and the teachers’ union, as even down ballot races become nationalized. We follow both right and left leaning members of the community as they tumultuously battle to gain control of the Jefferson County school board and by extension, the state of Colorado. A film by Louis Alvarez, Andrew Kolker, and Paul Stekler

FLORIDA: Post-Obama Drama. In 2008 and 2012 African-Americans in Florida turned out in record numbers for Barack Obama even when voting hours and registration rules were tightened. What are the challenges among the black electorate that the Democratic candidate in 2016 will face in this must-win state? To find out, we visit a number of African-Americans in the city, from a black chamber of commerce meeting, to a picnic of friends, and ending at a lively black heritage celebration. A film by Cyndee Readdean, producer of Freedom Summer, and Deborah Hardt

WISCONSIN: Whatever Happened to Wisconsin Nice? Once the poster child for bipartisan practical politics, the Badger State has become an ideological battleground in recent years. What happened to the middle? Wandering around the state to find out are former state Senators Dale Schultz and Tim Cullen–one a Republican, one a Democrat. Visiting a gun show, an anti-Trump protest, and a conservative talk radio gathering, they look for insight into what to expect for the state’s political future. A film by Brad Lichtenstein, director of the Peabody Award winning Across the Line and As Goes Janesville

Postcards about Nevada, Washington and two other states will be released later this summer.

Louis Alvarez, Andrew Kolker, and Paul Stekler (Executive Producers) have been responsible for some of the most respected political documentaries of the past twenty years, bringing an anthropological perspective to the way Americans practice politics. Their work is known for engaging stories and memorable characters, with large dollops of humor and provocative points of view. Vote for Me: Politics in America, a four-hour PBS series on electoral politics and American culture, won a Peabody and a duPont-Columbia Journalism Award. Most recently, Getting Back to Abnormal, their look at race and politics in post-Katrina New Orleans, was shown on PBS’ premier documentary series POV. Other credits include Stekler’s George Wallace: Settin’ The Woods on Fire and Alvarez and Kolker’s People Like Us: Social Class in America and The Anti-Americans.

Cyndee Readdean (Producer, Florida) produced Freedom Summer for PBS’ The American Experience, directed by Stanley Nelson, which premiered at Sundance and won a Peabody award. Among her credits are Native American Boomtown and Politics of the New South, part of the series America by the Numbers series, Fragile Waterways, and Beyond Brown: Pursuing the Promise. Deborah Hardt has over 15 years of media experience producing a range of projects including documentaries, still photography and interactive web adventure videos for children.

Heather Courtney (Producer, Minnesota) won an Emmy and an Independent Spirit Award for her film Where Soldiers Come From, which aired on POV. It made several Top 10 films of 2011 lists, including Salon’s Best Non-fiction. Her previous films include Letters From The Other Side, and Los Trabajadores, which aired on Independent Lens.

Brad Lichtenstein (Producer, Wisconsin) produced an Emmy-nominated film about Wisconsin’s politics, As Goes Janesville, which aired on Independent Lens. His first virtual reality film, Across the Line, about accessing abortion amid hostile protests, premiered at Sundance in January.

Miguel Alvarez (Producer, Texas) is an Austin-based filmmaker and native of San Antonio, Texas. A former mechanical engineer, he has received awards from the Directors’ Guild of America, Panavision’s Emerging Filmmaker program, the National Hispanic Foundation for the Arts, and the National Association of Latino Arts and Culture for his films Tadpoles, Veterans, Kid, and Mnemosyne Rising.

Laura Nix (Producer, Washington) most recently produced and directed The Yes Men Are Revolting, which premiered at the Toronto Film Festival in 2014 and at the Berlinale in 2015. Previously she directed and produced the documentary The Light In Her Eyes about a Syrian Quran school for women that premiered at IDFA and was broadcast on the series POV on PBS.

Laura Pacheco (Producer, Nevada) recently made East of Salinas, about the son of undocumented migrant farmworkers from California’s “Steinbeck Country,” aired on Independent Lens. Her previous work includes the Emmy Award winning series Rx for Survival, where she followed a young woman dying of drug resistant TB in the slums of Lima, Peru, and Renewal, where she followed evangelical Christians protesting mountaintop removal in Kentucky.