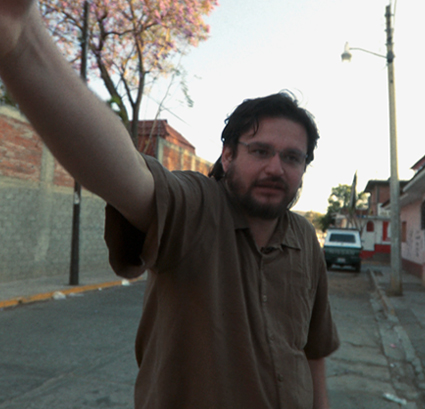 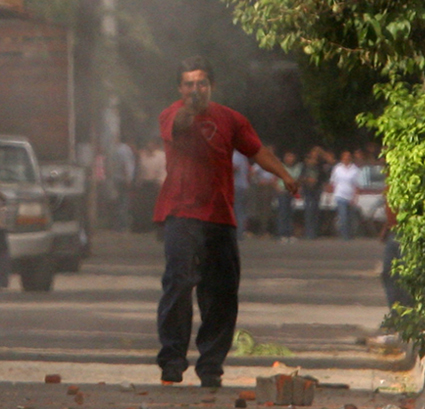 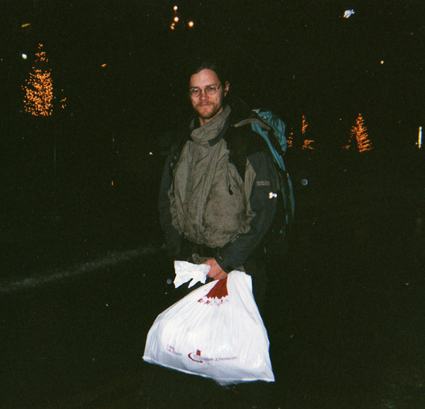 SHOT IN MEXICO is a documentary that tells the story of Brad Will, a young American activist-journalist killed in 2006 while filming a violent rebellion in Oaxaca, Mexico, and the tangled aftermath of his death.

Brad’s murder, captured on his own camera, ignited worldwide attention and put a spotlight on corruption and injustice in Mexico. In the crime’s wake, two families from different sides of the border are tested. In the United States, Brad’s parents, Kathy and Hardy, leverage their wealth and influence to demand a true investigation in Mexico—a campaign that takes them to the halls of the United States Congress. In Mexico, Liliana Martinez fights from her impoverished neighborhood in Oaxaca for the release of her husband, Juan Manuel, an innocent man jailed for Brad’s murder. In a disturbing twist, Juan Manuel’s imprisonment is a result of the mounting international pressure put on Mexico to solve the murder of Brad Will.

SHOT IN MEXICO reveals the story of an American idealist and how his death thrust two families, from two different worlds, into an ongoing web of cover-ups and deceit.

Xochitl Dorsey is a director/producer based in California. She produced the HBO feature documentary “The Latin Explosion,” and recently produced the four-part HBO documentary special, “15: A Quinceañera Story.” Xochitl holds an MFA in Directing & Production from UCLA and an MA in Latin American Studies from NYU. Her documentary and narrative work has appeared on HBO, PBS, the BBC, NPR, Showtime, MSNBC and mun2, as well as film festivals around the country. She was nominated for a 2011 Imagen Award for her television documentary, “The New America.” She also received the Directors Guild of America (DGA) award for Best Short Film in the Latino Category and won the Mercury Latino Lens Short Film Challenge for her film, “Tears & Tortillas.” In addition, Xochitl was a fellow of the Tribeca Film Festival All Access Program, the CPB/PBS Producers Academy and the CPB/National Minority Consortia (NMC).