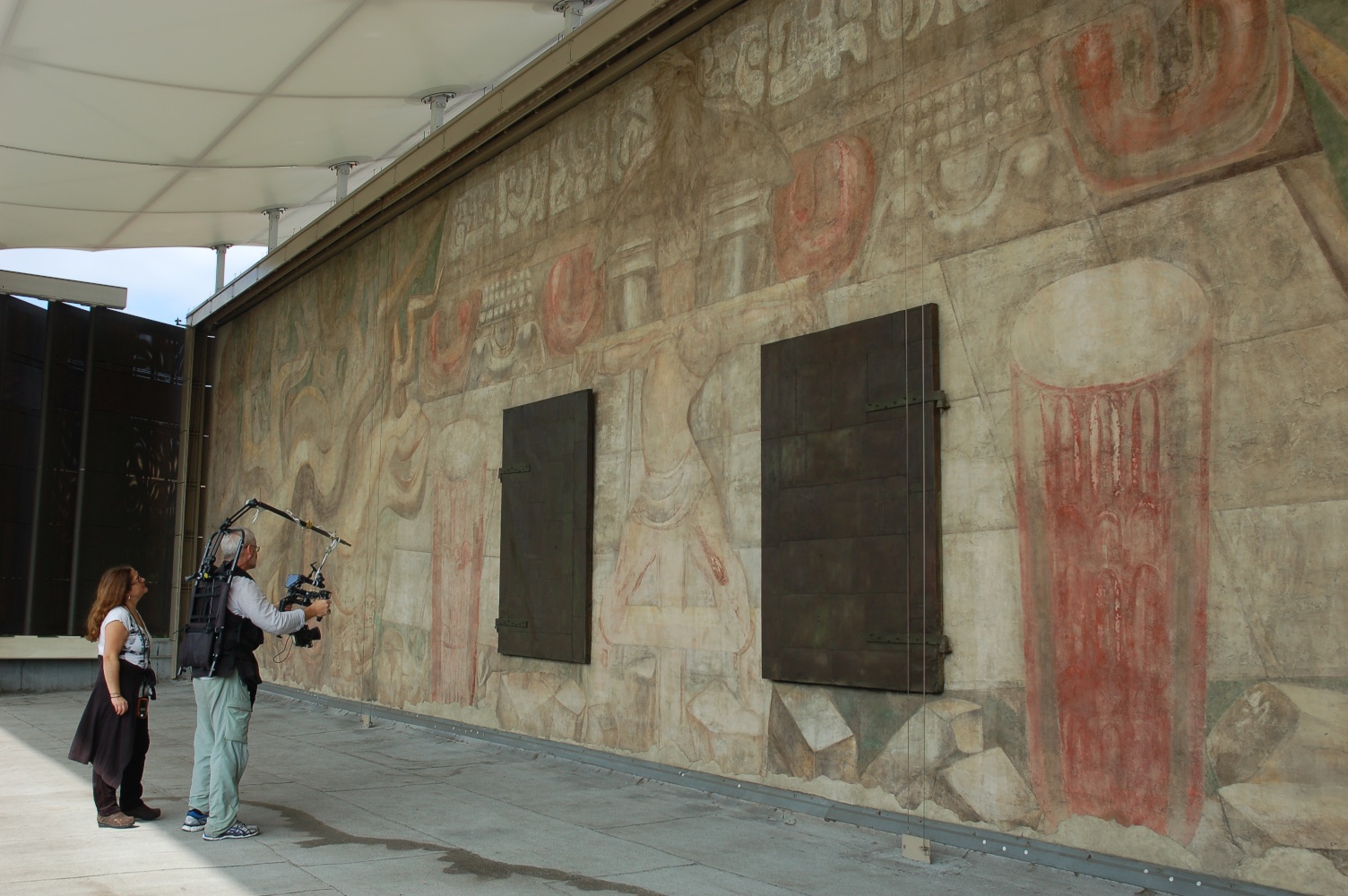 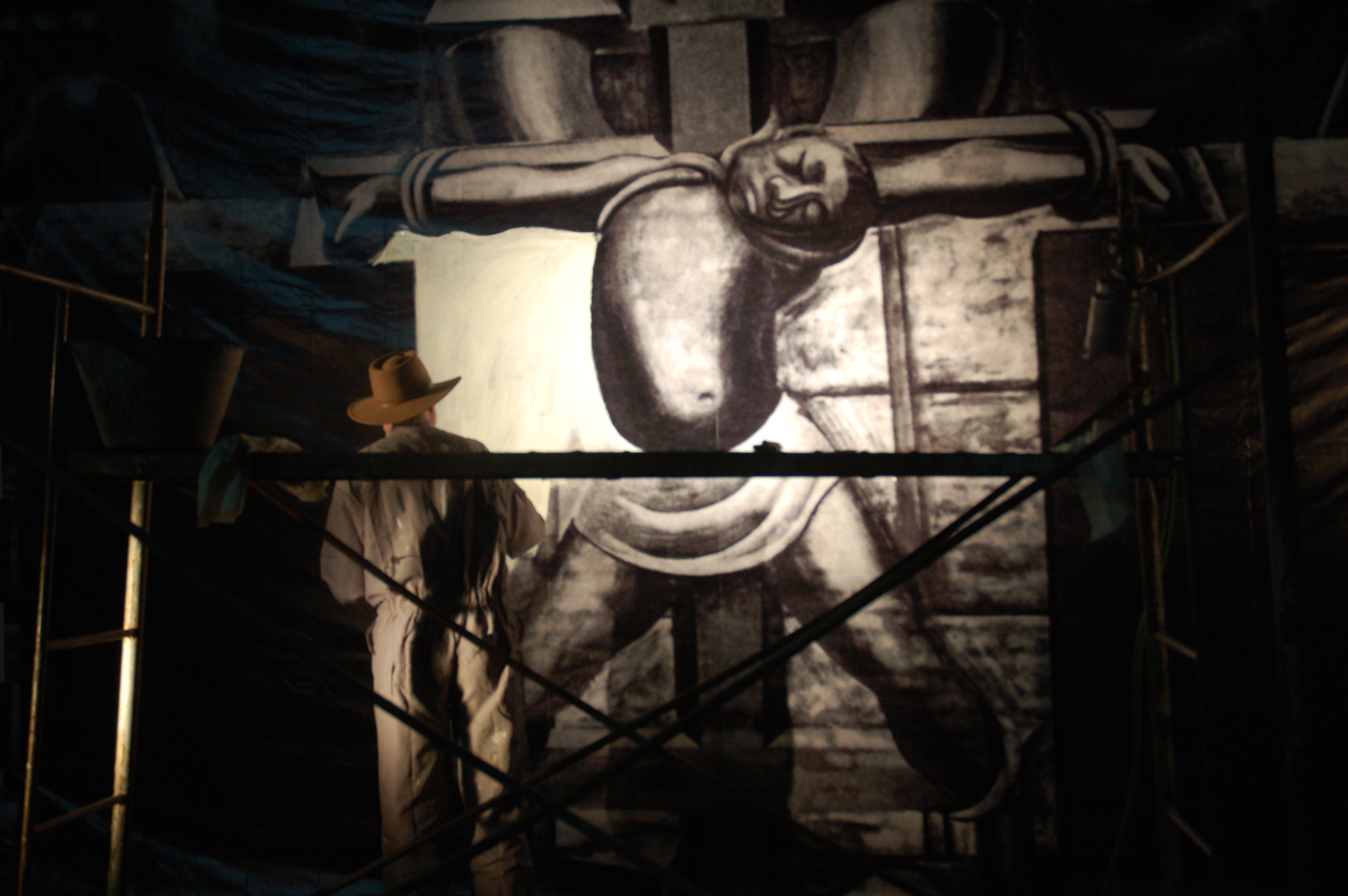 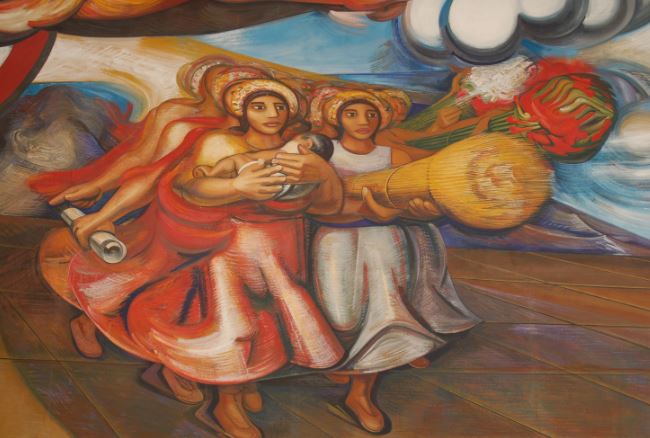 SIQUEIROS: WALLS OF PASSION captures the story of Mexican visual artist David Alfaro Siqueiros (1896–1974) and the resurrection of his Los Angeles mural “América Tropical,” located at the birthplace of Los Angeles and later championed by the Chicano movement as a symbol of its oppressed culture. One of the great Mexican artists of the 20th century and one of three great Mexican muralists (with Diego Rivera and José Clemente Orozco), Siqueiros was a controversy-stirring revolutionary and lifetime activist who lived with theatrical flair and painted on an epic scale.

Lorena Manríquez is an award-winning independent filmmaker and president of Andes Media, LLC. Her love of film was nurtured at an early age as she watched Spanish and French films in Santiago, Chile, where she was born and raised. She has been the recipient of a number of film industry fellowships, including the National Association of Latino Independent Producers (NALIP) Latino Producers Academy, the CPB/PBS Producers Academy, the NBPC New Media Institute, the Independent Feature Project (IFP) Rough Cut Lab, and the Firelight Producer’s Lab. She recently finished Ulises’ Odyssey (2014), which was selected for several media markets including Sunny Side of the Doc, Latin Side of the Doc, IFP Film Week, Visions du Réel, and the Latino Media Market, and will soon have it’s premiere at the Museum of Memory and Human Rights in Santiago. Siqueiros: Walls of Passion was awarded a 2010 and a 2012 California Documentary Project grant by Cal Humanities, a 2012 ITVS Diversity Development Fund, and a 2012 Latino Public Broadcasting Public Media Fund. She is a co-producer of Latinos Beyond Reel: Challenging a Media Stereotype (2012).

Miguel Picker, a New York-based Chilean American filmmaker, is an award-winning director, editor, and music composer. He produced and directed Latinos Beyond Reel: Challenging a Media Stereotype (2012), which was featured on NPR, NBC Latino, won the Audience Award at the Reel Rasquache Art and Film Festival in 2013, and has been shown at the Museum of Moving Images in New York City. The film has been on the bestseller list of the Media Education Foundation since its release. He also edited and composed music for Borinqueneers (2007), broadcast nationally on PBS in 2007 and the winner of the Audience Award at the Orlando Hispanic Film Festival, 2009, and Insight Award of Excellence by the National Association of Film and Digital Media Artists, 2008. Picker has also independently produced many other films, including The Price of Pleasure (2008), Beyond Good and Evil (2003), and Mickey Mouse Monopoly (2001). Before moving to New York in 2004, Picker worked as an editor at WGBH-TV in Boston for 15 years, and the programs he edited and produced won numerous national and international awards, including four Golden Eagle Awards and three Emmy Awards. Picker co-directed Ulises’ Odyssey and Siqueiros: Walls of Passion with Lorena Manríquez, and both programs have been awarded numerous grants and honors.