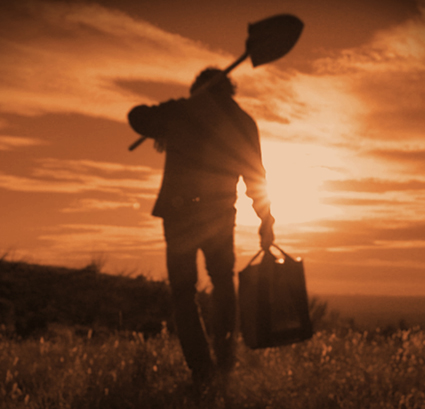 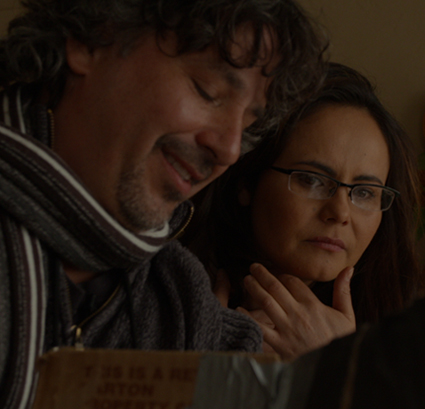 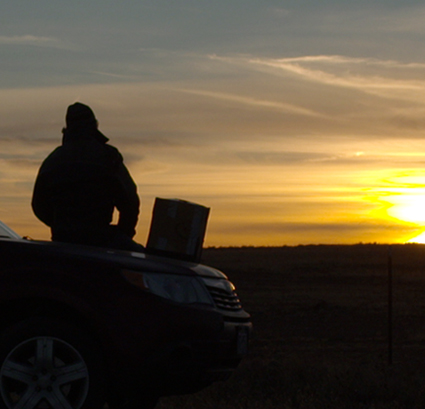 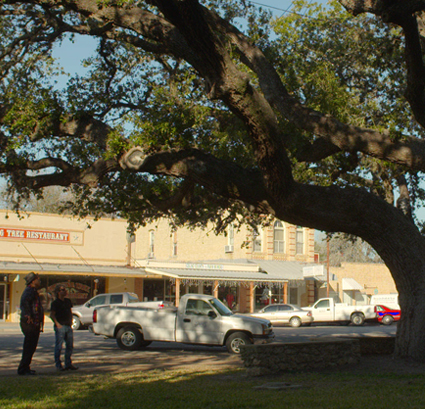 For over a decade filmmaker John J. Valadez searched for the remains of Joaquin Murrieta, a legendary Mexican outlaw who blazed a trail of revenge across California until he was caught and decapitated in the summer of 1853. A hundred and sixty-two years later Valadez believes he has the head. So he embarks on a quixotic, cross-country road trip through history, myth and memory to bury the fabled head of Joaquin Murrieta. Along the way he discovers chilling parallels with his own family story and eventually realizes that the head he will bury is only symbolic. And yet its power as a metaphor remains. Using new ground breaking scholarship and working with a team of leading historians from across the country, The Head of Joaquin Murrieta provides a dissenting view of American history from a decidedly Chicano perspective. Deeply personal, irreverent and entertaining, the film tears open a painful and long ignored historical trauma that has never been explored on American television: the lynching of Mexican Americans in the west.

Peabody Award winning filmmaker John J. Valadez has been writing, directing and producing, nationally broadcast documentary films for American television – mostly for PBS and CNN – for the nearly two decades.   He grew up in amid the rain-drenched hills of Seattle, taught photography in rural India, and he studied filmmaking in Greenwich Village at New York University’s Tisch School of the Arts. He holds a joint appointment with the Department of Media and Information and the Film Studies Program where he teaches documentary filmmaking.

John’s work has tackled diverse subjects related to equality, race, artistic expression, and power in America: the false imprisonment of a leader of the Black Panther Party, gang kids in Chicago, the history of affirmative action, Latino poets in New York City, the re-segregation of America’s schools, Latinos in World War II, the evolution of Chicano music, the birth of Latino civil rights, The Chicano movement, and the genocide of Native Americans in the Southwest.

John’s films have been broadcast across Europe, and have been featured at major museums and cultural institutions like the Museum of Modern Art in New York City, The National Gallery of Art in Washington DC, The Berlin Film Festival, and the Georges Pompidou Center in Paris. Over the years they have garnered top awards at film festivals from San Francisco to Dallas to Mumbai as well as two national Emmy nominations.

John has been a Rockefeller Fellow, a PBS/CPB Producers Academy Fellow, and has twice been a New York Foundation for the Arts Fellow. He served as Artist-in-Residence at Texas State University, as Distinguished Filmmaker-in-Residence at The University of Texas, Arlington, as a trustee of the Robert Flaherty Film Seminar, and was Regents Lecturer at The University of California at Berkeley. He regularly speaks and screens his work at colleges and universities across the country.

Carleen Ling-An Hsu graduated from New York University’s Tisch School of the Arts where she studied film and television and from Columbia University’s Graduate School of Journalism. Her films for HBO, PBS, the Learning Channel, BBC, and Channel 4 (in the UK) cover a wide range of subjects from the obesity epidemic in America to gender identity in Thailand to faith healing in Africa. She joins MSU as a Professor of Practice in our department jointly with the Film Studies Program in the Department of English. Carleen’s documentaries have been recognized for their exceptional storytelling and original content with a Royal Television Society Award, a Genesis Award, a Foreign Press Association Award for Best Documentary, a nomination for a national News and Documentary Emmy, and two prestigious George Foster Peabody Awards.