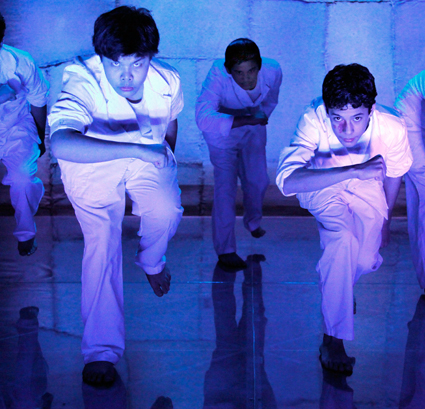 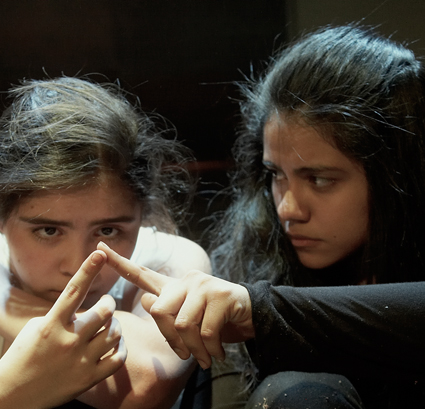 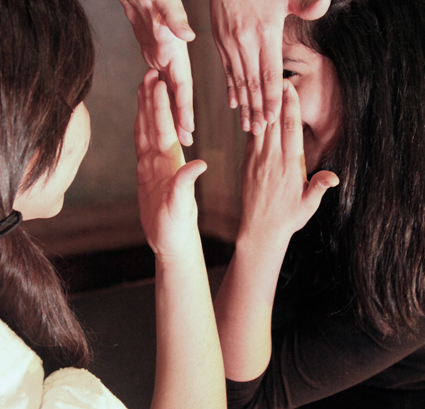 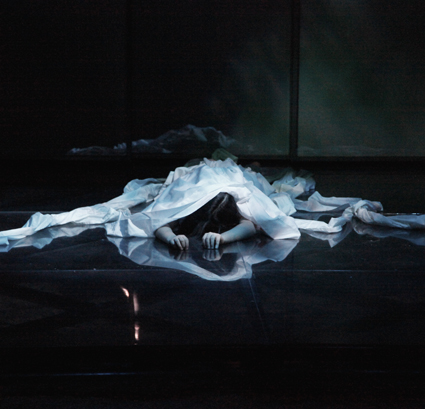 At age twelve, Marlin was raped by two men in the bathroom of her grandmother’s church in Honduras. She told no one. Two years later, she immigrated with her older brother Carlos to live with their mother in Chicago, where Carlos repeatedly raped her. She didn’t resist – she felt she’d already lost everything – but keeping those secrets weighed heavily on her and she drank, took drugs, cut herself, ran away from home and attempted suicide.  Her mother committed Marlin to a psychiatric hospital, where she spent nearly 200 nights. Finally she confided her secrets to a counselor who helped her and recommended the Albany Park Theater Project (APTP), a neighborhood teen theater company that creates original plays from members’ real life stories.  TRUST follows Marlin and APTP as they take her story from the personal to the public and the APTP ensemble as they overcome their shame about the subject of rape and incest and invite family, friends, teachers, and classmates to see the play,Remember Me Like This, during its seven weekend run.
.

Kenji Yamamoto has been editing and producing documentary and narrative films for over 30 years, winning numerous awards. As part of Kelly+Yamamoto Productions, he edited and produced the 1991 narrative feature Thousand Pieces of Gold, which participated in the Sundance Institute Screenwriting Lab and went on to premiere at the San Francisco International Film Festival. Additionally, Goldscreened at the Deauville Festival of American Film, and the international film festivals in London, Moscow, Vancouver, and Seattle. Gold then aired on the PBS American Playhouse series, on Channel Four in the U.K., and around the world.

Independently of Kelly+Yamamoto Productions, Kenji edited the documentary New Muslim Cool, which participated in the Sundance Documentary Edit and Story Lab. Cool follows Hamza Perez, a Puerto Rican immigrant, hip hop artist, single father, and former drug dealer down on his luck. He rebuilds his shattered life by becoming a Muslim and takes his newfound message to youth in his rough neighborhood. But when the FBI raids his mosque, Hamza must confront the realities of the post-9/11 world, and himself. Cool premiered at the San Francisco International Film Festival, won the Freedom Award at the Al Jazeera International Film Festival, and aired nationally on the PBS P.O.V. series.

Nancy Kelly wrote, produced and directed SMITTEN, which aired as a PBS Prime Time Special (2517 plays) and won the Audience Awards at the DC Independent Film Festival and Aspen Shortsfest (shared). SMITTEN was included in over twenty-five film festivals and is on iTunes in four countries.  Kelly wrote, produced and directed DOWNSIDE UP, which aired on the PBS Independent Lens series and in over 125 countries.  The Ford Foundation and National Endowment for the Arts supported an extensive DOWNSIDE UP community engagement campaign.  Kelly directed and produced the critically-acclaimed dramatic feature film THOUSAND PIECES OF GOLD, which stars Rosalind Chao and Chris Cooper.  It was in over twenty-five film festivals, released theatrically in the United States, aired on the PBS American Playhouse series, Showtime, Sundance, Starz and Encore, and was broadcast widely internationally.  She also made the award-winning documentary shorts: COWGIRLS, SWEEPING OCEAN VIEWS and A COWHAND’S SONG.
.

Kelly has just completed: TRUST: Second Acts In Young Lives and is in production on MOMENTS IN TIME (working title).  She has been a fellow at the Sundance Institute June Lab and is a member of New Day Films, a successful independent filmmakers’ self-distribution cooperative.

LINKS+
OFFICIAL WEBSITE
http://trustdocumentary.org/
PRESS LINKS
HuffingPost
Youth Saving Their Lives Through Theatre
About Us
Latino Public Broadcasting is the leader of the development, production, acquisition and distribution of non-commercial educational and cultural media that is representative of Latino people, or addresses issues of particular interest to Latino Americans. These programs are produced for dissemination to the public broadcasting stations and other public telecommunication entities. LPB provides a voice to the diverse Latino community on public media throughout the United States.
Subscribe to e-Voz Newsletter
Contact Us
3575 Cahuenga Blvd. Suite # 630 Los Angeles, CA 90068 Phone: (323) 969-8000 E-Mail: info@lpbp.org
CLOSE
VIDEO NOT CURRENTLY AVAILABLE
CLOSE