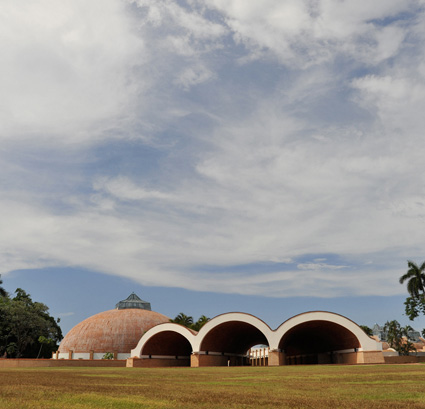 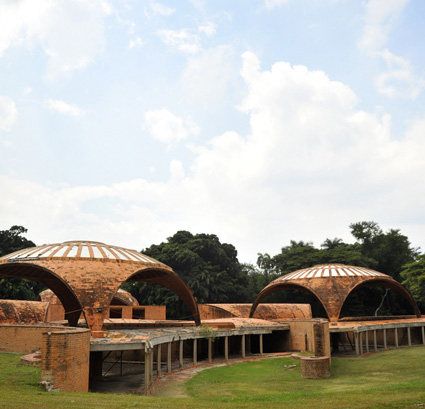 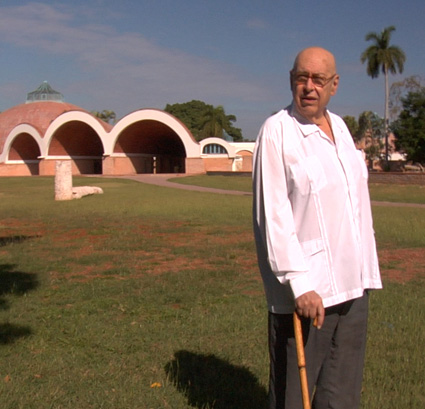 In 1961, in the heady first days of the Cuban Revolution, Fidel Castro asked three visionary architects to build the Cuban National Arts Schools on what had been the golf course of a country club. Before they construction was completed, the Revolution became Sovietized, and suddenly the project was denounced as bourgeoise and counter-revolutionary.

The story has many more fascinating twists and turns, as these radical, magnificent buildings become a prism through which we see the turbulent, ever-shifting history of Castro’s Cuba and follow the fates of the three architects, now in their 80s, who would get a second chance to revitalize their utopian project.

Alysa Nahmias is founder and executive director of Ajna Films. Unfinished Spaces, her feature directing debut, won a 2012 Independent Spirit Award. Her producing credits also include The Listening Archive and Outside the Giardini. She has received numerous grants and awards from government agencies and private foundations, including the New York State Council on the Arts, the Jerome Foundation, and the Graham Foundation. Nahmias holds a Masters degree in architecture (M.Arch) from Princeton University and a B.A. from New York University’s Gallatin School of Individualized Study. in Communications’ Pacific Diaries series, and the award-winning Mary Jane Colter: House Made of Dawn about the groundbreaking architect (both broadcast nationally on PBS). With filmmaking partner Bill Yahraus she made the feature documentary A Circus Season: Travels with Tarzan (PBS) and the Eclipse-winning series On the Muscle: Portrait of a Thoroughbred Racing Stable. Robin also oversees a small niche market distribution arm of their company Pony Highway Productions.

Benjamin Murray started his post production company, The Room, in 2010 and currently partners with Technicolor through two Flame Premium suites. His regular clients include major networks and numerous independent production companies. Murray’s recent projects include: No Direction Home, directed by Martin Scorsese; Capitalism: A Love Story, directed by Michael Moore; The Promise: The Making of Darkness on the Edge of Town, directed by Thom Zimny; Client 9, directed by Alex Gibney; Reagan, directed by Eugene Jarecki; Fog of War, directed by Errol Morris; My Architect, directed by Nathaniel Kahn;Born Into Brothels, directed by Zana Briski and Ross Kauffman; and Once In a Lifetime, directed by Paul Crowder. Murray’s feature directing debut, Unfinished Spaces, won a 2012 Independent Spirit Award. Murray holds a BFA in Film and Television Production from New York University’s Tisch School of the Arts.