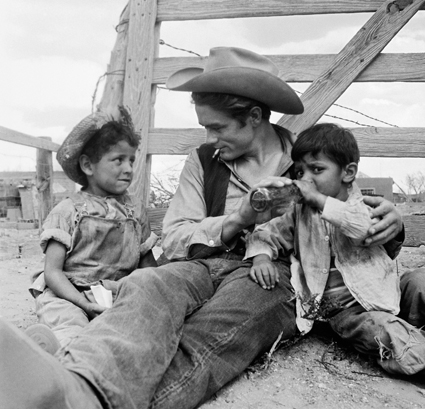 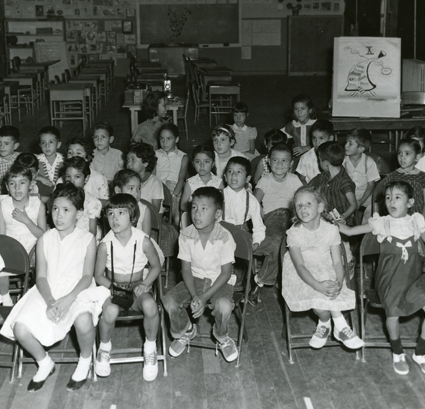 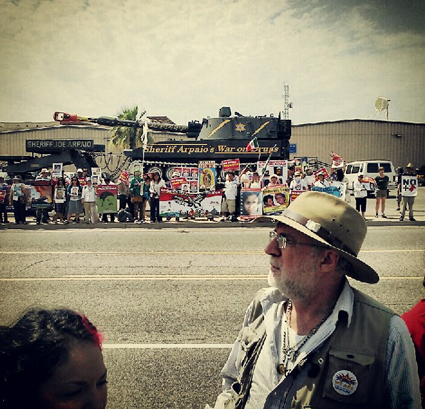 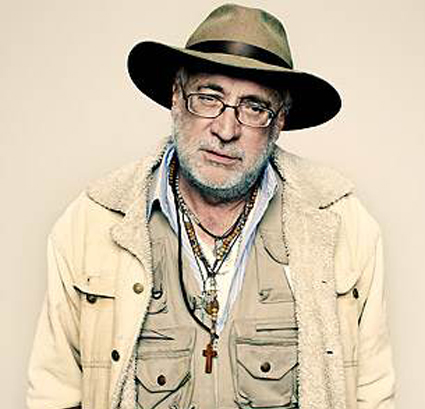 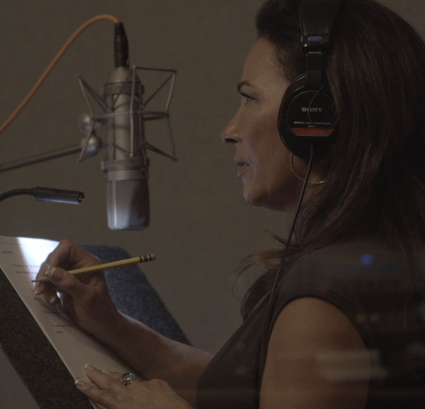 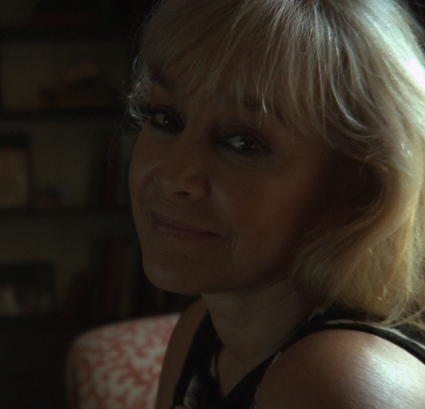 In the summer of 1955, it seemed as if all of Hollywood had descended on the dusty West Texas town of Marfa as production began on the highly anticipated movie Giant,starring Elizabeth Taylor, Rock Hudson, and James Dean. Based on Edna Ferber’s novel about three generations of a powerful ranching dynasty, Giant took an unflinching look at feminism and class divisions and was one of the first films to explore the racial divide between Anglos and Mexican Americans in the Southwest. Now, 60 years later, “Children of Giant” goes back to Marfa. The film combines interviews with the cast and crew of Giant with the recollections of residents who participated in and witnessed the making of the film, many of whose lives mirrored the controversial themes of the film. Find out more HERE.

A fascinating look at a rarely seen side of Hollywood, “Now en Español” follows the trials and travails of five hard-working Latina actresses who dub “Desperate Housewives” for Spanish language audiences in the U.S. With real lives that are often as dramatic and desperate as those of their onscreen counterparts, the five dynamic women featured struggle to pursue their Hollywood dreams while balancing the responsibilities of paying rent and raising children. The film chronicles their lives as they audition for parts and work in the dubbing studio while striving for a career that offers more prominent — and on-screen roles. Find out more HERE.

Both heartbreaking and inspiring, “El Poeta” tells the story of renowned Mexican poet Javier Sicilia, who ignited mass protests and an ongoing international movement for peace after the brutal killing of his 24-year-old son Juan Francisco – collateral damage in a drug war that has left more than 100,000 dead or missing since 2006.Filmed over the course of three years, the film follows the journey of Sicilia and his movement as they make their way from Mexico’s most embattled cities – Juarez, Chihuahua,  Durango and others – to the U.S., urging American citizens and lawmakers to share in the responsibility for the violence. “El Poeta”transforms the hard news story of drugs, murder, and corruption into a deeply personal examination of the impact of the ultimate loss on the human psyche – as well as the power of righteous protest. Find out more HERE.

About VOCES
Produced by Latino Public Broadcasting, VOCES is PBS’ signature Latino arts and culture documentary showcase and the only ongoing national television series devoted to exploring and celebrating the rich diversity of the Latino cultural experience. The series is presented by PBS SoCaL and supported in part by the National Endowment for the Arts, the National Association of Latino Arts and Cultures, the Ford Foundation, and the Surdna Foundation through a grant from the NALAC Fund for the Arts Grant Program. More information about VOCES is available at VOCES on Facebook or Twitter.

About Latino Public Broadcasting
Latino Public Broadcasting (LPB) is the leader in the development, production, acquisition and distribution of non-commercial educational and cultural media that is representative of Latino people, or addresses issues of particular interest to Latino Americans. These programs are produced for dissemination to public broadcasting stations and other public telecommunication entities. Latino Public Broadcasting provides a voice to the diverse Latino community throughout the United States and is funded by the Corporation for Public Broadcasting. Between 2009 and 2014, LPB programs won 85 awards, including the prestigious George Foster Peabody Award, two Emmys, two Imagen Awards and the Sundance Film Festival Award for Best Director, Documentary. In addition, LPB has been the recipient of the Norman Lear Legacy Award and the NCLR Alma Award for Special Achievement – Year in Documentaries.

LINKS+
OFFICIAL WEBSITE
http://lpbp.org/programs-voces/
PROGRAM RELATED LINKS
EXPLORE VOCES
http://www.pbs.org/program/voces/
About Us
Latino Public Broadcasting is the leader of the development, production, acquisition and distribution of non-commercial educational and cultural media that is representative of Latino people, or addresses issues of particular interest to Latino Americans. These programs are produced for dissemination to the public broadcasting stations and other public telecommunication entities. LPB provides a voice to the diverse Latino community on public media throughout the United States.
Subscribe to e-Voz Newsletter
Contact Us
3575 Cahuenga Blvd. Suite # 630 Los Angeles, CA 90068 Phone: (323) 969-8000 E-Mail: info@lpbp.org
CLOSE
VIDEO NOT CURRENTLY AVAILABLE
CLOSE