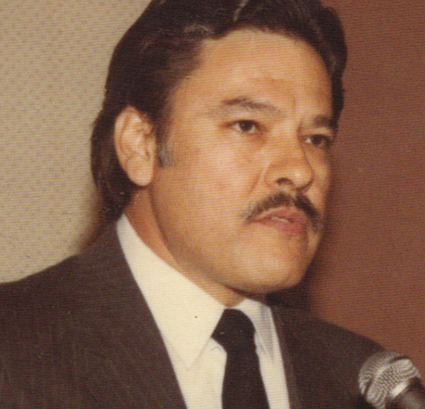 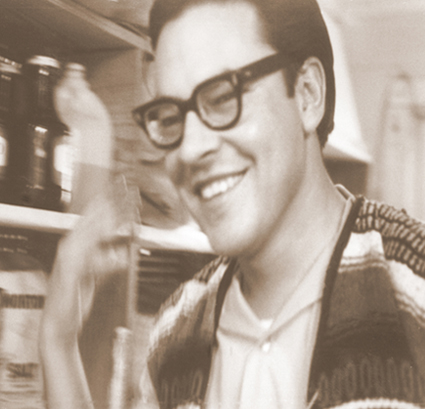 In WILLIE VELASQUEZ YOUR VOTE IS YOUR VOICE, a production of Galan Incorporated and Latino Public Broadcasting, viewers meet the man who led the Southwest Voter Registration and Education Project and launched 1,000 voter registration drives in 200 cities, paving the way for Latinos to have a voice in government and underscoring the growing power of the Latino vote.

The road towards political empowerment for Latinos in America has been difficult. From poll taxes and gerrymandered political districts to outright intimidation, Latinos have been kept from the ballot box both in local and national elections. Willie Velasquez knew this.  A Mexican-American butcher’s son, his political awakening came at a young age. Growing up in the Edgewood neighborhood in San Antonio’s Westside barrio, he wondered why the streets in his neighborhood always flooded and why the city did nothing about it. Why were there no Latinos in city government to represent them? Why didn’t Latinos have a voice?

These early questions were the seeds that propelled Willie into a lifelong battle to create a better life for Latinos. As a young student in the early 1960s, he championed Cesar Chavez’s cause and began helping farm workers organize in Texas. Like most restless Mexican-Americans of his generation, he broke away from his conservative elders and became one of the founders of the Mexican-American Youth Organization (MAYO), a Chicano youth protest organization to improve educational opportunities. In the early 1970s, Willie marched with the leaders of the Chicano movement and became a key player in the formation of the Raza Unida Conference that later would become a third political party under separate leadership.

After years of street protests and marches as a Chicano activist, Willie realized that the only true path to political empowerment was to register every eligible Latino in America to vote. He changed his radical tactics and began lobbying his fellow Mexican-Americans into entering the mainstream by registering to vote, run for office, and win elections. Inspired by the Atlanta-based Voter Education Project (VEP) aimed at the African American community during the Black Civil Rights movement, the non-partisan Southwest Voter Registration and Education Project (SVREP) was born and immediately launched 1,000 voter registration drives in 200 cities and Indian reservations in the Southwest.

Willie Velasquez’s army of community organizers set out to register one million new voters. Their battle cry was ‘Su Voto es su Voz” “Your Voice is Your Vote”. Willie also challenged the remnants of Jim Crow and was at the forefront of several court actions against the gerrymandering of political districts and at-large voting in cities and counties that prevented the election of minority candidates.But Willie soon discovered that it’s one thing to get Latinos registered to vote but quite another thing to actually get them to the polls on election day. Due to roadblocks that kept Latinos politically powerless, voter apathy among Latinos was high in Willie’s day.

Thirty-five years ago, SVREP’s unprecedented efforts became the driving force for the millions of registered Latino voters across the nation and the numerous “get out the vote” programs that exist today. Latinos now make up 17% of the US population, and according to the LA Times, 28 million Latinos will be registered to vote for the 2016 election.  Latino voter turnout is projected to be between 13 to 16 million. The Pew Research Center says 66,000 Latinos turn 18 each month in this country. How will these Latino Millennials, adept at social media, affect the Latino voter turnout in 2016?  New data from the LA-based polling firm, Latino Decisions suggests that 47% of the Latino vote will be needed to win the White House. Today, it is no secret that all the Presidential campaigns are eagerly courting that vote.

In 1988, at the peak of his activist career, Willie Velasquez died suddenly of advanced kidney cancer. He was only 44 years old.In 1995, he was awarded the Presidential Medal of Freedom; the highest honor given to a US civilian. President Bill Clinton posthumously presented the Medal of Freedom to Willie for his work registering Latino voters across the nation.

Willie Velazquez Your Vote is Your Voice will provide the American public with a better understanding of the historical, political and social issues facing Latinos who have become America’s largest growing minority group.Willie Velasquez’s life trajectory and the people he met along the way on the American political scene is fascinating in itself. Through Willie’s journey from radical student activist to respected statesman we will examine the history of the Latino vote, the barriers Latinos had to overcome to obtain representation, contemporary issues facing Latinos today and what the implications are for this election cycle.2016 may well be the decisive year when the power of the Latino vote that Willie dreamed about will be a key driver in deciding the next President of the United States.

Hector Galán: Willie Velasquez Empowering the People is a production of Galán Incorporated. It is produced and directed by nationally recognized documentary filmmaker Hector Galán who has been producing critically-acclaimed and award-winning programs for PBS for over twenty-five years including eleven episodes for FRONTLINE, two programs for the PBS series The American Experience, and the landmark four-part PBS series, Chicano! History of the Mexican-American Civil Rights Movement for which Galán was invited to the White House to screen the work for President Bill Clinton. His work has garnered numerous awards and recognitions including two Imagen awards, the Cine Golden Eagle Award, the Telly Award, SXSW Best Documentary, the Golden Apple, and the Blue Ribbon Award and numerous festival awards.

LINKS+
PROGRAM RELATED LINKS
VOCES
http://www.pbs.org/program/voces/
PBS Election 2016
http://www.pbs.org/about/blogs/news/pbs-election-2016-offers-comprehensive-look-at-candidates-and-issues-acclaimed-news-public-affairs-documentaries-and-digital-coverage-enhanced-by-cross-platform-partnership-with-npr/
About Us
Latino Public Broadcasting is the leader of the development, production, acquisition and distribution of non-commercial educational and cultural media that is representative of Latino people, or addresses issues of particular interest to Latino Americans. These programs are produced for dissemination to the public broadcasting stations and other public telecommunication entities. LPB provides a voice to the diverse Latino community on public media throughout the United States.
Subscribe to e-Voz Newsletter
Contact Us
3575 Cahuenga Blvd. Suite # 630 Los Angeles, CA 90068 Phone: 818-847-9656 Fax: 818-847-9663 E-Mail: info@lpbp.org
CLOSE
VIDEO NOT CURRENTLY AVAILABLE
CLOSE