“Despite Hollywood’s attempt to be more inclusive in recent years, Latinos remain woefully underrepresented both in front of and behind the camera, a new study finds” - The New York Times, August 26, 2019

It’s hard to believe but out of the 100 top-grossing films each year, from 2007 to 2018, only three percent featured Latino actors in lead or co-lead roles.  Only three percent of film producers were Latino and only four percent were directed by Latinos.

We must do better. Our stories must be told.  That’s why I’m asking you today to make a contribution to Latino Public Broadcasting, an organization I co-founded over 20 years ago and one of the only sources of production funding for Latino documentary filmmakers and multimedia artists.

In the last few years, our community has been under attack.  We must fight back. There is no more revolutionary act than the telling of our stories. Our representation on film and television, the most powerful mediums in the world, not only puts our narrative back into our hands but helps bridge the gap between our community and the nation at large.  We must build bridges instead of walls.

Now more than ever, representation matters.  Our stories matter.  And I’m counting on your support to continue the vital work of Latino Public Broadcasting — bringing Latino voices and stories that make a real difference.  Please make a contribution today.

Between separating Latino children from their parents and tear gassing migrants seeking asylum, it is hard to focus on this Holiday Season. One way to give back and also say, “enough is enough” is to join with me in supporting the important work of Latino Public Broadcasting.Dear Friend, 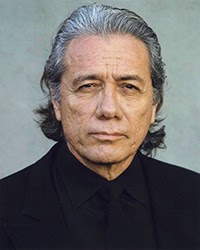 Twenty years ago when I founded Latino Public Broadcasting my goal was to confront misconceptions and   misguided views about Latinos and make sure our true stories were told on a national media   platform. We have made real progress towards that goal, but right now, it doesn’t feel that way. That’s why we need   to link hands and do more to support LPB. We cannot lose sight of our culture, our accomplishments and all the   inroads we are making towards a more just and equal America that represents us all.As Chairman of LPB, I am very proud that LPB is one of the strongest advocates for Latinos in public media and beyond – exposing injustices and championing the stories of our hopes, our dreams, our culture and our challenges. LPB is a bridge to a better future for all Latinos where our voices count, our stories count and our history in this country counts.By supporting LPB, you too can work to change minds and hearts one compelling story at a time. Every donation counts – $25, $50, $100, $200. No gift is too small and each is valued. Please stand with me, and make a tax-deductible contribution to Latino Public Broadcasting by donating today.

Edward James OlmosChair, Board of Directors and Co-founder