When John Valadez was in Colorado in 2012, he wasn’t expecting to meet Manuel and Valente Valenzuela. He was there to screen his then latest film, The Longoria Affair, a documentary about Mexican-American GIs in World War II and their role in advancing civil rights.  But after the screening the two brothers, who were Vietnam veterans attending the screening, introduced themselves to Valadez and told him they had an idea for his next film. Initially, Valadez was skeptical, but later, when he called producer and editor Carleen Hsu to tell her he found an incredible story, she encouraged him to find out more. 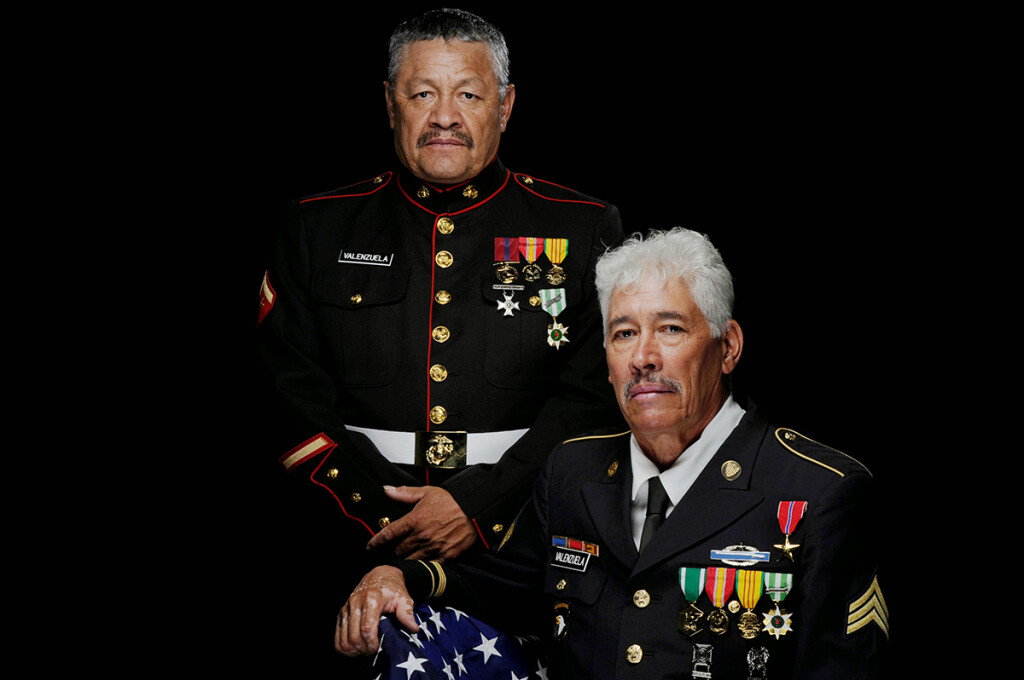 “I wasn’t sure if what they were telling me was real, because I’d never heard of such a thing,” remembers Valadez.

Valadez learned from the brothers that the United States was deporting veterans after they had served their time in the armed forces. It seemed unbelievable, but the next day he went to their home to obtain more information.

“What I learned was so shocking that I couldn’t believe that someone had lived through this experience,” recalls Valadez. “In Valente’s case, he was highly decorated for saving the lives of three Americans and a South Vietnamese interpreter while in combat. But he returned from Vietnam with sever Post-traumatic Stress Disorder (PTSD). The Veterans Administration has rated Valente 100% disabled and Manuel as 60% because of PTSD) “I think I started to believe them both when I saw the discharge papers. It’s called a DD214 and it has your military record on it, and when I saw it, along with the photographs, the uniforms, metals and citations, I realized it was true. They had everything including the deportation letter.” 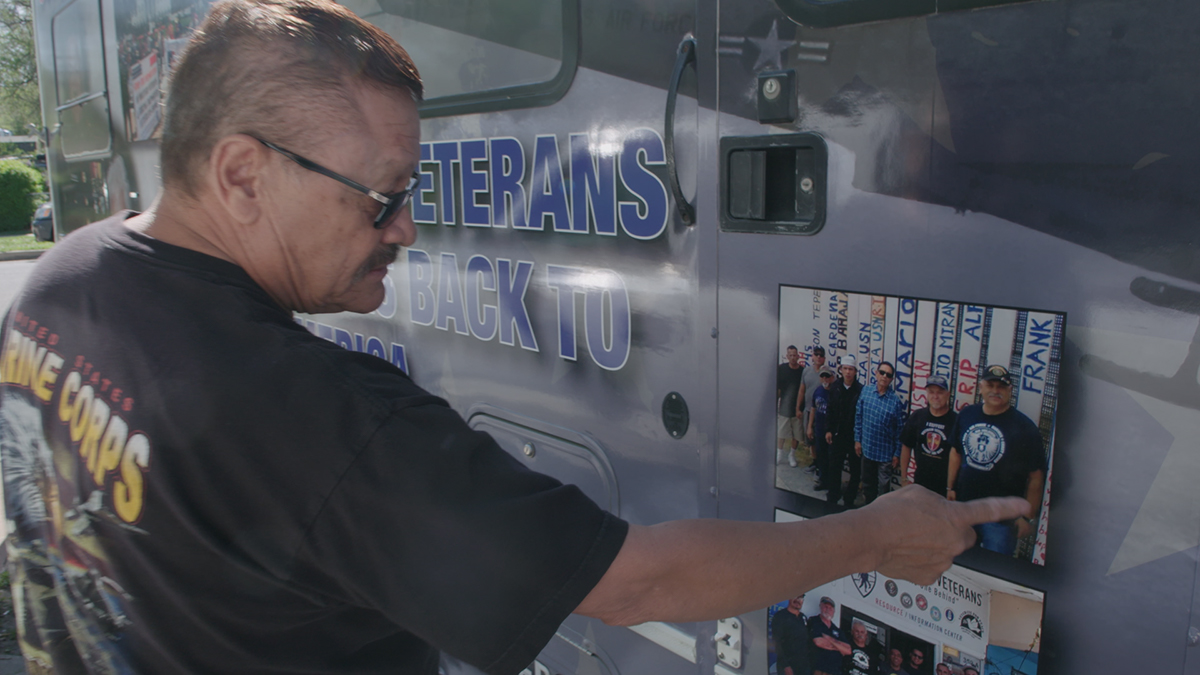 Manuel pointing to photos of deported vets on his RV

“The U.S. government says it deports people who commit crimes,” says Valadez. “But these brothers committed misdemeanors, minor offenses punishable by a modest fine. These are not felonies. If every American were held to the same standard as non-citizen veterans such as Manuel and Valente are held to, about a third of the United States population would be deported. That’s over 100 million Americans. I think most people would consider that draconian.”

“Manuel is refusing to leave and refusing to stop talking about his plight,” adds Valadez, who feels Valente had to leave the country because of the stress and pressure he had, anticipating that the Department of Homeland Security might break down his door and take him away.

“They each had different ways of grappling with their predicament,” concludes Valadez.

Hsu attributes thinking of her father as one of the reasons she had to be involved in producing the film.

“My dad was a veteran during peacetime, but it really was an important part of his life,” says Hsu. “I remember his uniforms, growing up and the photos we had. He was an immigrant from China and he was proud of that fact. But recently we have been deporting veterans. It is a new fundamental shift in national policy.”

Valadez points out that race seems to play an important part in all of this.

“For most of American history, we never deported veterans,” observes Valadez. “It’s not part of the American tradition. It’s only been since 1996, before 9/11 that we started deporting veterans, and who are the veterans we deport? They’re mostly Latinos. Just as the U.S. is going through a period of extraordinary demographic change and we’re seeing the rise of white supremacy, we also are seeing the deportation of veterans—almost all of whom are people of color.”

American Exile also examines Zahid Chaudry’s deportation. Chaudry’s injuries, while in the military, left him wheelchair bound and in chronic pain. It is his American wife who must help him now. 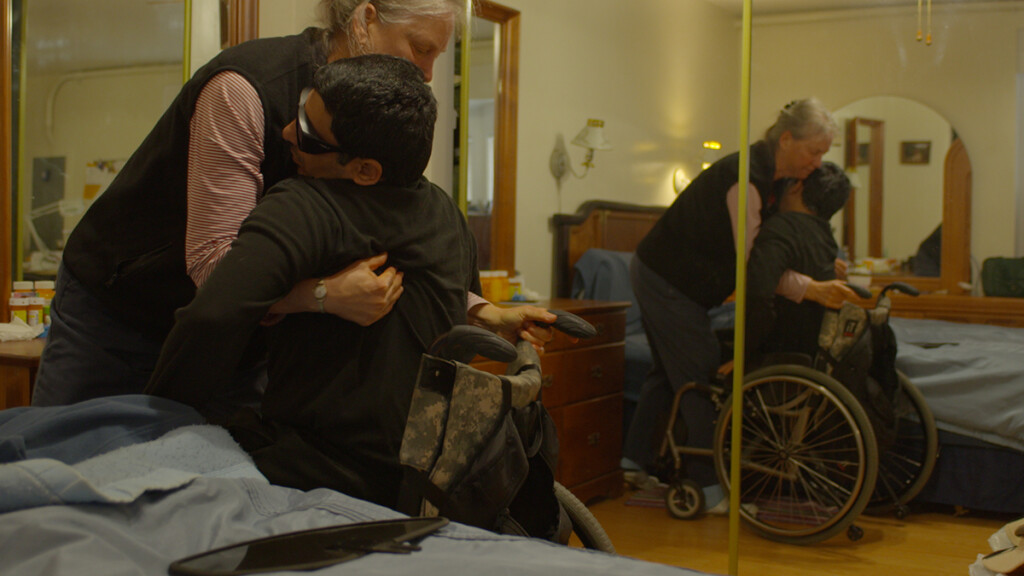 Zahid and Ann Chaudhry at home in Washington

“In Zahid’s case he’d be deported to Pakistan,” explains Valadez. “Not just across the border, but to a country that is very far from America. What would his wife do in this case? Should she give up her life here and move to Pakistan, never to see her children again? It’s so dangerous for Zahid. Think about the Taliban, Al-Queda and other militant anti-American groups. In Pakistan, he’d have a big target on him for serving in the U.S. military.”

Hsu and Valadez hope that viewers will use the film as a starting point for dialogue.

American Exile will air in November in honor of Veteran’s Day. More than anything, the filmmakers are grateful that their documentary will be showcased as part of the VOCES series.

“VOCES is a great example of how PBS continues to lead the national conversation on veteran’s rights and the complicated role race can play in our national life,” asserts Valadez. “We are honored that American Exile is part of this acclaimed, national series.”

Special Note: On July 2, 2021, President Biden, ordered the Department of Homeland Security (DHS) to immediately create a process for deported veterans and their families to return home to the United States.

American Exile is a co-production of Burning Box Studio and WKAR Public Media/East Lansing in association with Latino Public Broadcasting (LPB) with funding provided by the John D. and Catherine T. MacArthur Foundation, Michigan State University, WKAR, the New York State Council for the Arts, ITVS and the National Association of Latino Arts and Culture. Major funding for VOCES is provided by the National Endowment for the Arts (NEA) and the Corporation for Public Broadcasting (CPB). American Exile is presented by PBS SoCal and WKAR Public Media/East Lansing. 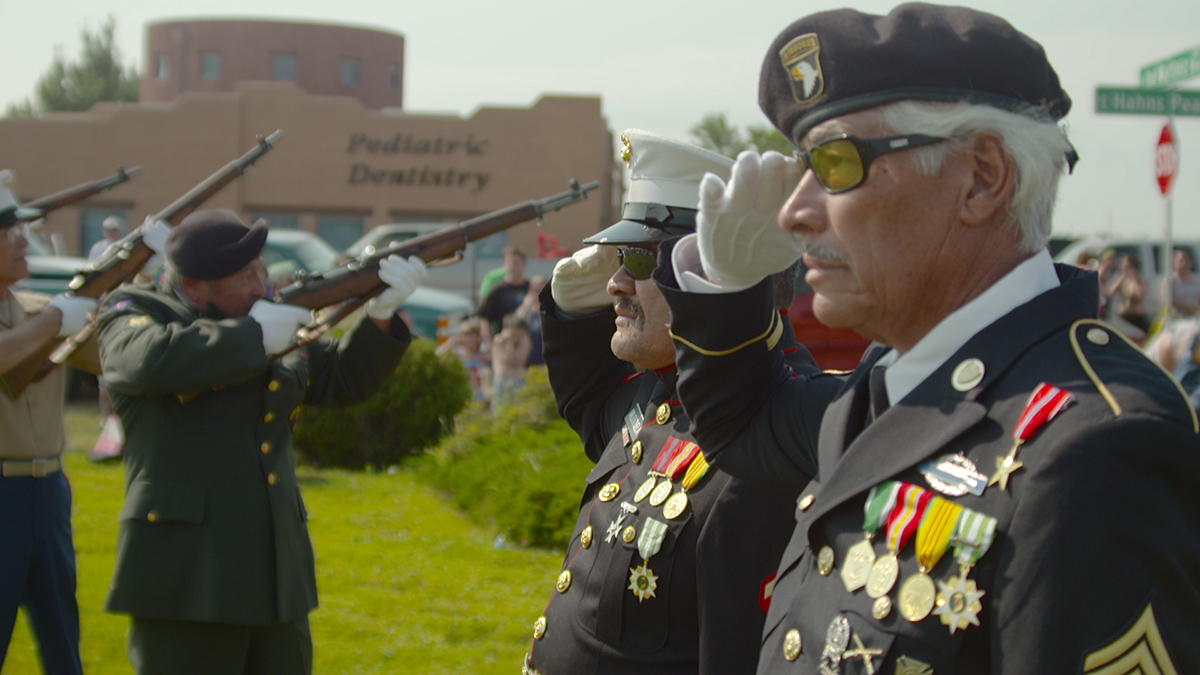 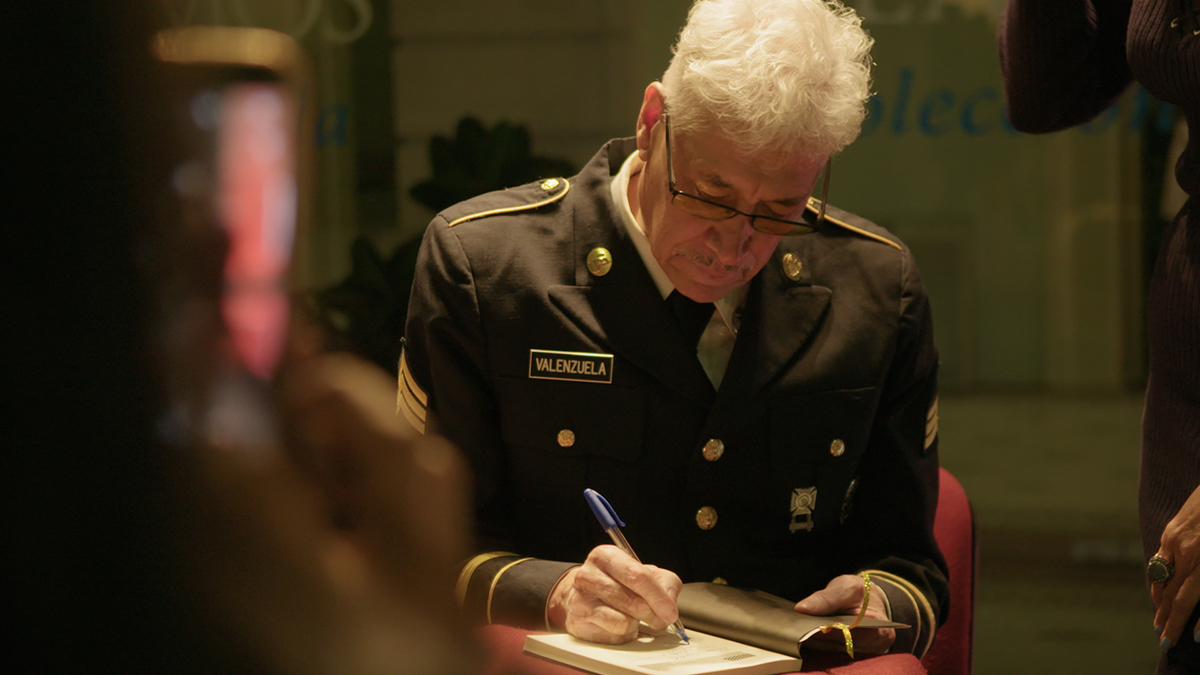 Valente signing his books at the release party 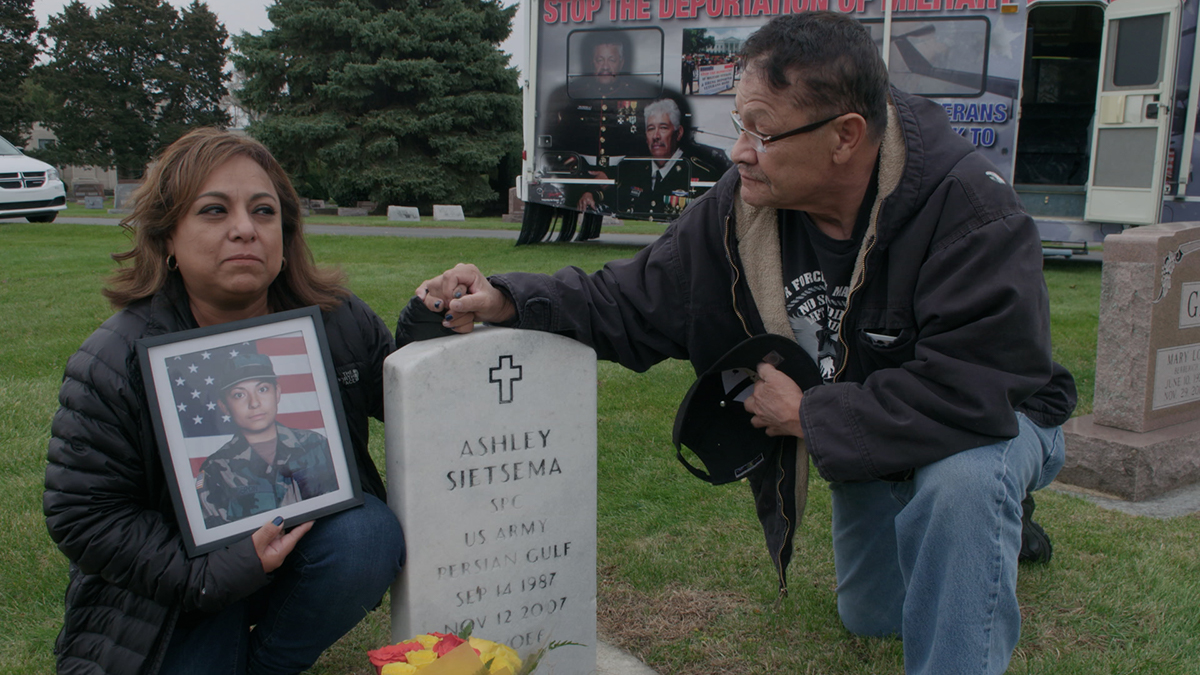 Olivia Segura and Manuel at her daughter’s grave 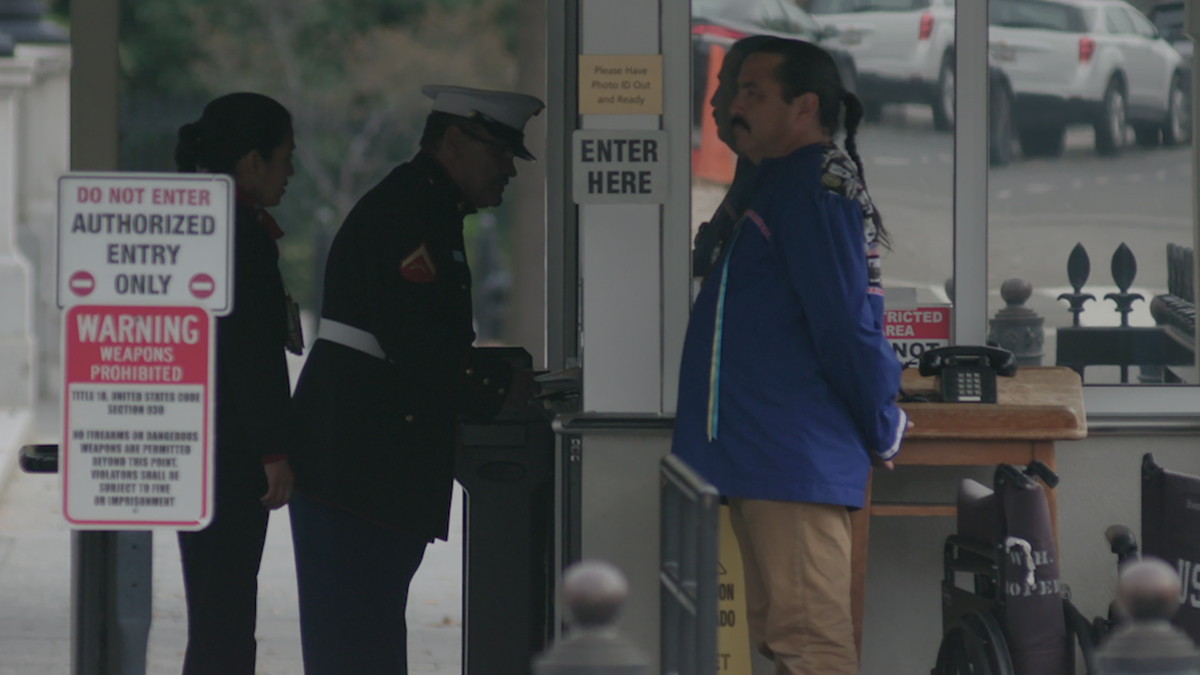 Manuel delivering letter to President Trump at the White House 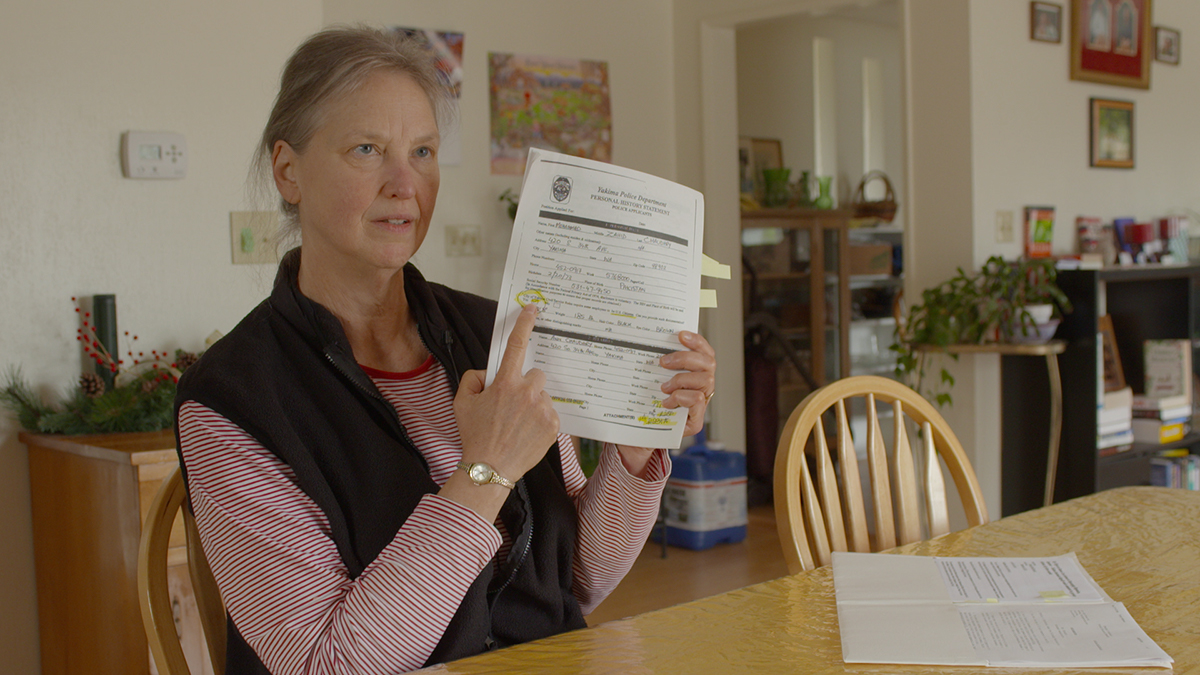 Ann Chaudhry pointing to form that led to her husband deportation